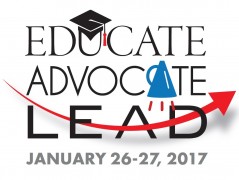 Educate, Advocate and Lead is the theme of the upcoming Agribusiness Council of Indiana annual conference and expo, January 27 & 27 at the Indianapolis Downtown Marriott. ACI plans the event for its membership which includes grain and feed, ag retail, and the chemical and fertilizer sectors. But the president of ACI Beth Bechdol says the range of speakers and important topics from nutrient management to consolidation in the industry will touch anyone in Indiana agriculture.

“When you look at a number of these topics, everything from talent to consolidation to regulatory issues, policy, and the health of the ag economy, I’m really excited about the fact that we’ve broadened the level of interest and opened this up to an event that a very broad audience can really get something from,” she told HAT.ACI conference grows

Speakers will include Governor Eric Holcomb in his first ag address since taking office and Jason Henderson, Associate Dean for the Purdue University College of Agriculture and Director of Purdue Extension will discuss the Forces at Work in Our Agriculture Economy. After his address Thursday afternoon Ted McKinney, Indiana State Department of Agriculture director, Jay Vroom, President and CEO at CropLife America and Chuck Conner, President and CEO of the National Council of Farmer Cooperatives will discuss what the world will look like for agribusiness post U.S. election.

“We’re excited to have all three of them. they’ve all been a part of President-elect Trump’s farm agriculture advisory committee in one way, shape or form. Jay and Chuck especially, coming from Washington, I’m not sure I can even count the number of farm bills those two individuals have worked on in various roles and capacities and now in their work with national agribusiness trade associations.”About McKinney Vroom and Connor

One of the Friday morning sessions deals with consolidation and what it means for agriculture, customers and ACI itself. The panel, moderated by Dr. Allan Gray from the Purdue Center for Food and Agricultural Business, includes Rajan Gajaria, Vice President of North and Latin America for Dow AgroSciences, Harold Cooper, CEO and General Manager of Premier Companies, and Vern Hawkins, President of Syngenta Crop Protection.

You can still register to attend at https://inagribiz.org/resources/register-conference/.