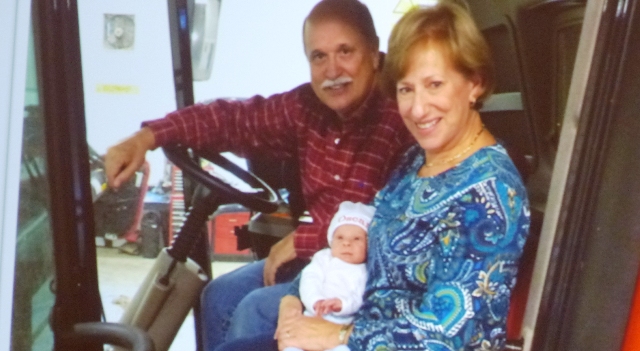 This past week Don Villwock, President of Indiana Farm Bureau, announced he would be stepping down at the end of this year. After 14 years of exemplary leadership, Don will turn the helm over to someone new.  During an interview on his retirement he made insightful and disturbing points that will be some of the most important issues faced by the next leader of Indiana Farm Bureau as well as the next generation of leaders for many of our farm organizations.

When Don took over the helm at Indiana Farm Bureau in 2002, the big issues were federal Farm Bill issues as well as state property tax issues.  Over time,  Villwock has been a major force in helping to shape ag policy, both on the state and federal levels. But, as he pointed out, in recent years the focus has changed. It is local issues that are impacting farmers as much as state and federal ones. This change is coming about because of the increasing number of non-farm residents that make up the population of many rural communities. “These folks don’t understand what happens on a modern farming operation,” he told me. “They don’t understand the science, the scale, or appreciate the sounds and smells of a farm.” Thus they are challenging a farmer’s right to farm and blocking plans for expansion.  Even when farmers get the proper permits and zoning approval, lawsuits by neighbors and local residents can tie   up a project for years. In addition, activist groups have engaged some local residents to articulate their misinformation in local communities. As a result, farm organizations have had to get more involved locally and provide more resources at the local level to help farmers combat these challenges.

This was one of the accomplishments of which Villwock was most proud: energizing county Farm Bureau organizations to deal with these local issues.  He sees this as a trend that will continue. A byproduct of this local activism by farmers is a greater farmer presence at the State House. In recent years, the number of farmers who have been willing to make the trip to Indianapolis to talk with lawmakers at the State House has grown.  One of the reasons farmers won some concessions on property taxes this past session was that farmers came to the capitol, tax bills in hand, to lobby for reform.

One thing many of those who came to the capitol or attended a local zoning board hearing had in common is they all had gray hair.  This is a politically correct way of saying it was us older folks. This is one of the other trends that disturbs Villwock. “The younger generation does not join organizations or like to attend meetings, or go to a school board or county council meeting,” he stated. “And we are going to have to find a solution to that because a democracy is run by those who show up. If agriculture is going to maintain its voice, we are going to have to get creative and find ways to paint a vision for those young folks to join our organization so we, through numbers, can effect change.”

Ironically, this statement came on the same week the Indiana FFA announced a new set of officers that will lead the organization for the next year. Energetic, passionate, driven, and dynamic, this group of young people represents the next generation of leaders for agriculture. They, too, face a challenge — getting their peers to advocate for agriculture and be willing to be leaders in their communities.  With fewer and fewer people involved in agriculture, fewer people exposed to modern day farming, and more and more people getting their ideas about food and agriculture from the internet, it will require a strong voice and active involvement for agriculture to get its message heard.