Many new products were unveiled at the National Farm Machinery Show in Louisville last week, including a new planter from Kinze.

Eric Broadbent, Senior Director of Sales for Kinze, told Hoosier Ag Today that customers and dealers have been asking them to develop this new planter, so much so that they moved their timeline up a year and will have the new 4700 planter ready in spring 2020.

“It’s going to have 36 row, 20 inch spacing, and is going to be electric drive, bulk-fill back planter. So, high tech planter for us. It’s going to feature the Blue Drive with Blue Vantage user interface that we introduced at the National Farm Machinery Show a year ago and has gotten a lot of great following from our customers, everybody is pretty excited about it. The ease of use of that system is really what sets it apart from the others.” 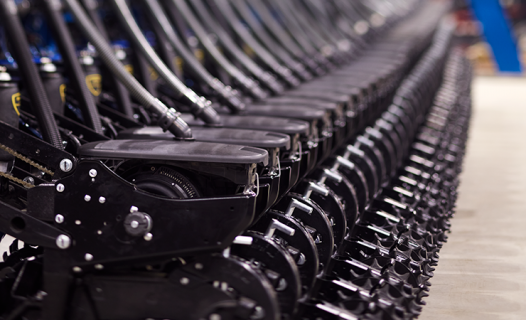 Broadbent said that the Blue Vantage™ display interface has had rave reviews from customers since unveiling it a year ago. He said that their objective from the start with this product was to allow farmers to get in and go plant quickly.

“So, when you start up the system, once you have all the power to the system ready to go, you’ve got the planter hooked up, power is on, it’s essentially three steps to plant. It’s three taps of the screen and you’re planting corn.” 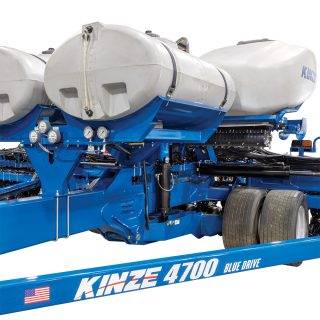 Again, the 4700 will be available in spring 2020. You can find more Kinze products by visiting Bane Welker Equipment locations throughout Indiana or at bane-welker.com.