In November 2016, the Environmental Protection Agency (EPA) set the final 2017 Renewable Volume Obligations (RVOs) for conventional biofuel at a level of 15 billion gallons under the Renewable Fuel Standard (RFS). The 2017 RVO rule aligned with bipartisan Congressional intent to increase the amount of transportation fuel that comes from renewable sources. President Trump issued a regulatory freeze memorandum in January to give his administration the opportunity to review a host of regulations before they were implemented, including the 2017 RVO rule. On Tuesday, the 2017 RVOs went into effect. In response to this positive news, Growth Energy CEO Emily Skor issued the following statement: “The Renewable Fuel Standard (RFS) is America’s most successful energy policy, and it continues to guarantee competition and consumer choice in the vehicle fuels marketplace, while also lowering prices at the pump and reducing harmful emissions.” 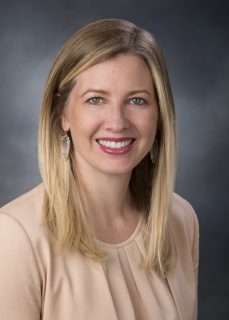 In an interview with HAT, Skor said that, while this is good news and will help increase the amount of corn used for ethanol in the coming year, the inability for retailers to sell higher blends of ethanol all year long continues to be an issue, “This RVP issue and the inability to sell higher blends of ethanol in the summer is a real problem for fuel retailers. It costs them a lot of money to change labels on the pump.”

Skor added that if retailers could sell these blends all year long, more retailers would start offering E-15 and E-85. She said the EPA regulations are a holdover from the past and serve no real purpose, “These rules are just hanging around from years ago, well before the EPA had even approved E-15 for sale. It does not accomplish anything, and we really need to get it off the books.”

Indiana Senator Joe Donnelly, along with  Deb Fischer (R-NE) and Chuck Grassley (R-IA), has sponsored a bill to remove this barrier. Skor urges farmers to pressure lawmakers to get action on this legislation. She said the legislative calendar  most likely does not have room to deal with this issue as a standalone bill, but they hope to find a larger bill to which the language can be attached. The EPA “should be consistent in the way it treats different fuel blends as a matter of fairness and to give consumers more options for fueling their vehicles,” Grassley said in a release. The Senator also noted that EPA has never acted on its authority to grant a Reid vapor pressure waiver for E15. “This bill proposes a legislative fix to fill the void,” he says.