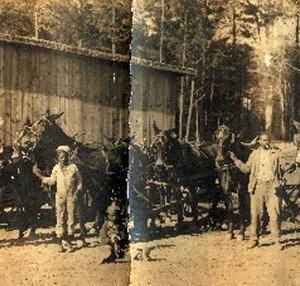 Representatives from the National Museum of African American History and Culture have collected soil from a southwest Indiana farm for an exhibit when the new attraction debuts. “The Power of Place” will feature the sample from the Greer Family Farm in Lyles Station. The soil sample was collected during an event this weekend called “A Deep Connection to the Land – Cultivating Community in Lyles Station,” which focused on the resilience, history and heritage of African American farmers in the small Gibson County community. It will be featured along with artifacts and photos. Smithsonian curator Paul Gardullo says “devotion to the land runs deep in Lyles Station – the Greers, one of the first families in the community, have owned and worked this land as free black farmers since before the Civil War.”

The museum is set to open September 24 and the story will be shared along with a dozen others. Lyles Station Historical Corp. President Stanley Madison says “that’s what family ties are all about here, to continue that dream that started way back in the 1840s that we have freedom, prosperity and unity of closeness.”

The community sits 40 miles north of the Ohio River and will be one of 10 places featured in the exhibit. African-American farmers have been in the area for more than 200 years. The Smithsonian says Lyles Station “offers a window into the largely unknown story of free black pioneers on the American frontier. African American farmers have been cultivating their own land in and near the area since 1815. Through two centuries of tumultuous change, the community of Lyles Station has rested on the pillars of home, farm, church and school – and on an unbroken history of land ownership.”

The community features the Lyles Station Historical School and Museum, a public meeting space and center for history along the Indiana African American Heritage Trail.