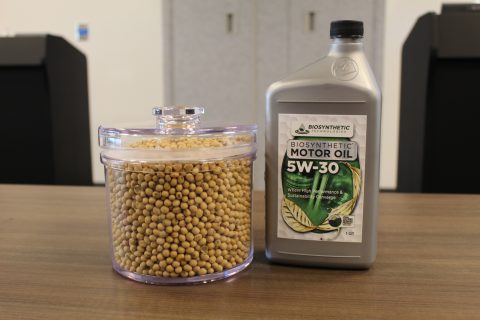 A new soy-based product has been developed right here in Indiana that could help build soybean demand for Hoosier farmers. Biosynthetic Technologies, an Indianapolis based company, has created a new high-performing motor oil made from high oleic soybean oil. 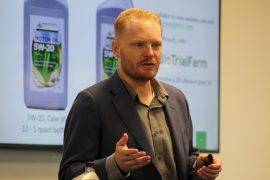 “If you’re using petroleum in something, this is a potential replacement for that petroleum. So, this is a much bigger story than just the motor oil, but the motor oil itself is one of the more difficult standards to meet.”

And now that they’ve met that standard, Bredsguard says items like hydraulic fluid could come shortly. 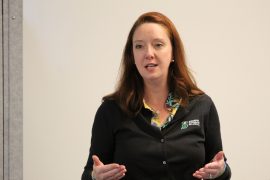 “The value of the high oleic soybeans is that they can handle those high heats and those high temperatures. So, when we think even more broadly about that, about the value of high oleic soybeans and having that stability at the high heat, that’s where we see the value and that’s what we, as a checkoff organization, continue to work with. What are those markets where that high heat stability is really valuable and important?”

Noble County farmer John Emmert was excited about the announcement. He’s been raising high oleic soybeans for years now. He says they yield equivalent to or better than regular soybeans and, “We’ve been getting a premium on them. And hopefully, as we develop this oil, we’ll get a bigger premium on them. They do very well and they’re easy to raise.”

The product is available at the Biosynthetic Technologies website and through Amazon. You can receive 20% off the new motor oil by entering the code BioTrialFarm at checkout. 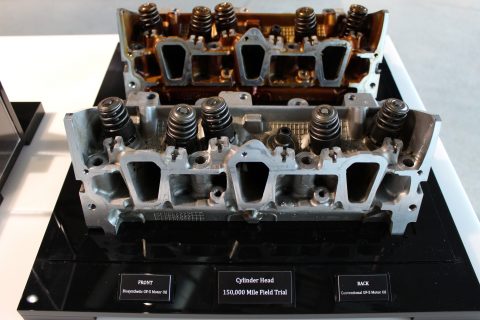