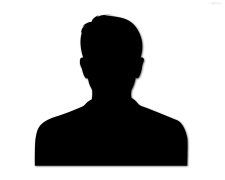 I’m not being considered for U.S. Secretary of Agriculture. I don’t think.

Smart money this week says it will be Otter, smart money last week said it would be Heitkamp. Smart money isn’t always so smart in these pretty, but not so useful, dog agility contests. But, what we do know is, whomever the President-Elect nominates and the Senate confirms is going to have a tricky job over the next four years.

Not to say the job of Agriculture Secretary has been easy for Tom Vilsack, or any of his recent predecessors, but in a new Trumped up political world, there are far too many unknowns as we walk into the 45th President’s administration.

For instance, the incoming Secretary of Agriculture will be stuck squarely in the middle of the ongoing debate over ethanol and the Renewable Fuel Standard. The Environmental Protection Agency is likely to be headed by an Oklahoma politician with close ties to the oil and gas industries that keeps that state running.

Expecting a billionaire skyscraper builder from Manhattan to be well versed of the ins and outs of negotiating a new Farm Bill is much like expecting Gary Truitt to be named the next Miss USA. It’s possible, in theory, but not very likely. The job of creating Farm Bill positions, negotiating them, and implementing them will likely fall to the next Secretary.

Pro-agriculture policy will not have an easier time on Capitol Hill during the next administration, either. New Speaker Paul Ryan is far less friendly with ag interests than was former Speaker John Boehner. The Freedom Caucus, composed of the “We don’t like any government at all, period” crowd makes compromising on legislation more difficult. And, with pressure from right-leaning groups like The Heritage Foundation and Grover Norquist’s Americans for Tax Reform, the long-standing left-right alliance that has successfully accomplished advancing the legislation since the 70’s is teetering on collapse.

Add a variety of issues to the new Secretary’s portfolio, ag’s public relations problem, GMO acceptance, nutrient reduction, trade, and any number of potential issues over the next four years, Trump needs a strong, effective, tough, principled USDA head honcho who will have the best interests of farmers at heart.

Let’s hope they find that person.

Patrick Pfingsten is an agricultural lobbyist and communications professional based in Indianapolis. He can be reached patrick@patrickpfingsten.com.