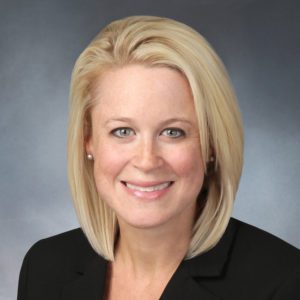 The EPA is considering a ban on higher-blended ethanol blends in non-flex fuel vehicles, and that has one farm group so far, expressing serious concern. National Farmers Union Biofuels Adviser Ann Steckel says the proposal is left over from the Obama Administration, but the Trump EPA is now considering it.

“This is a big deal because we certainly want to incentivize the use of higher level blends of ethanol, even up to E30,” she said. “We think that there’s tremendous value in that. it’s obviously cleaner for the environment, cleaner for the air, and it reduces costs to consumers.”

“The car manufacturers are actually looking to get higher octane and lower carbon. Why we’re concerned is if the administration keeps this language in this proposed rule like they have now, that would be very problematic to move to those higher level blends of ethanol.”

Steckel says the administration has given no official word it’s withdrawing the proposal, so Farmers Union is acting as if the rule is still under active review, asking that it be withdrawn.

EPA Administrator Scott Pruitt’s travels this week took him to South Dakota where farmers rallied against EPA’s alleged war on biofuels. A tractor rally in Sioux Falls featured more than 200 participants that Growth Energy says voiced their concerns about attacks on biofuels, including the RIN export proposal, hardship waivers for refiners under the Renewable Fuel Standard, and the delay in allowing year-round E15 sales. Pruitt had said earlier in the week in Kansas that the EPA has the authority to allow year-round E15 and would do so.

However, farmers who rallied Wednesday expressed concern with Pruitt’s track record which shows agriculture’s concerns “have fallen on deaf ears at the EPA.” Pruitt called the meeting during his Midwestern trip “informative,” along with “candid and productive.” Pruitt also told farmers during his meetings Tuesday that he expects to send a new Waters of the U.S. Rule to the White House this week for review by the Office of Management and Budget.