This report summarizes corn yield response to fertilizer nitrogen (N) rate in field-scale trials conducted around the state of Indiana since 2006. These results are applicable to N management programs that use efficient methods and timings of N fertilizer application.

At five Purdue Ag. Centers where we conducted
paired trials of corn following soybean (corn/soy) and corn following corn (corn/corn) from 2007 to 2010, the average AONR for corn/corn was 44 lbs greater than for corn/soy while average corn/corn yields were 18 bu / ac less than the corn/soy yields.

Economic Optimum N Rates (EONR) calculated for various combinations of N fertilizer cost and grain price are listed in Tables 2 – 7 for regions of the state. Nitrogen fertilizer is one of the significant variable production costs for corn. Applying “more than enough N” is no longer cheap “insurance” as it once was many years ago.

Corn Gets Bounce from June WASDE 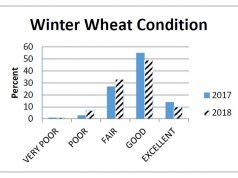 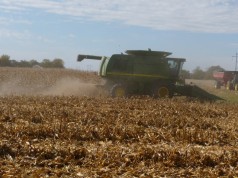 Harvest May Wrap Up This Week in Southern Indiana