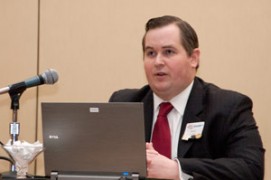 The U.S. beef industry says it is losing a fortune every day that the U.S. Congress fails to ratify the Trans-Pacific Partnership trade deal with 11 Asian-Pacific nations. National Cattlemen’s Beef Association’s Kent Bacus says Congress’s delay in ratifying the lucrative Trans-Pacific Partnership trade deal means that other competitors are “eating our lunch” in places like top U.S. beef market, Japan.

And every day TPP is not ratified, Bacus argues it gets harder to make up for Australia’s tariff advantage, when and if the U.S. ratifies the deal. TPP would reduce U.S. beef tariffs going into Japan from 38.5 percent to nine percent over 16 years, better than any other market access agreement by any other country into Japan.

“But more importantly than that is that immediately upon implementation, we will have the same tariff rates as Australia and japan. That means we can capture more of that market.”

Bacus says some officials in Japan are already warning Tokyo will not renegotiate the TPP.

“Japan is sending the message that they’re unwilling to do that, so if we’re not going to move forward with TPP they’re going to look to other trading partners, primarily in Europe and elsewhere to do business instead of giving U.S. beef producers the advantage that we need to sell our high quality beef into our leading export market.”

Bacus says the U.S. will surrender that advantage unless Congress passes TPP in a post-election lame-duck session.