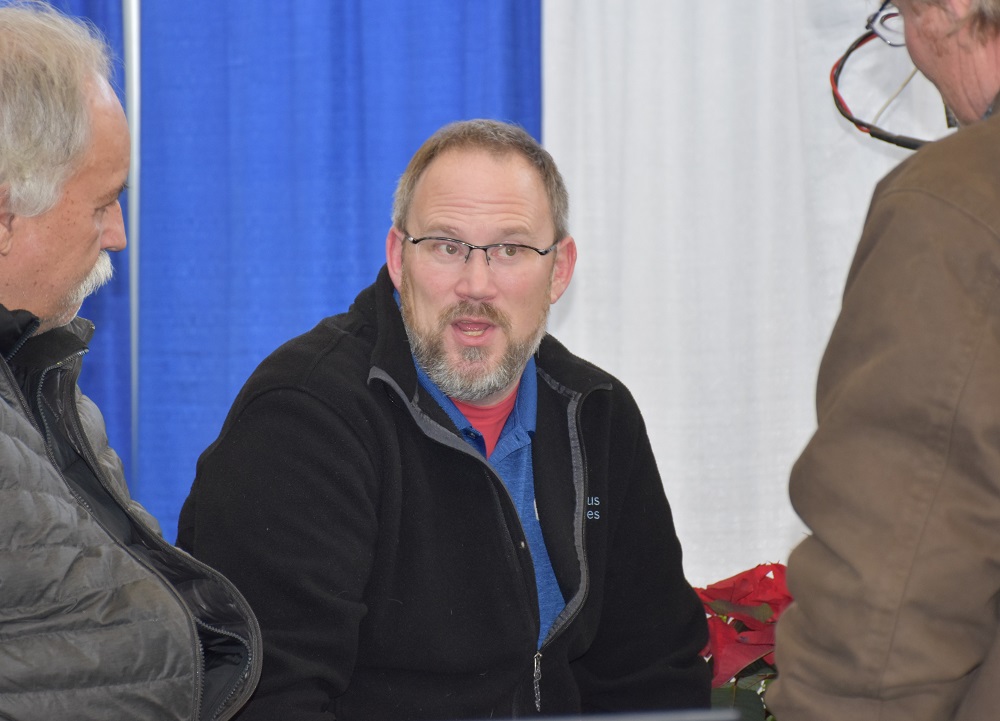 Weather in 2019 was unprecedented because of how moisture hit corn and soybean fields, not so much how much of it came. In May twenty-one of thirty-one days saw rain, and the pattern was similar in April and June. Planting windows were very hard to come by.

Hoosier Ag Today meteorologist Ryan Martin told the Wednesday seminar crowd at the Indiana Farm Equipment and Technology Expo he doesn’t see a repeat of that in spring 2020.

“I can almost flat out guarantee it won’t be that,” he said. “It was unprecedented. As I take a look at the trends I see developing now, I think we come out of a very active March month to finished out winter with near to slightly below normal precipitation totals for April. May will be right around that normal area as well. What that means is we can generally see bigger windows of opportunity to do something. I think this year coming up we have a much better chance of getting the crop in the ground on time.”

Prior to that point even arriving, Martin tells HAT he expects a very interesting January.

“I think January is cold. We’ve seen polar air move out a couple of times already here even as we finish out 2019 and look at the big warmth that we expect to come in here the week of Christmas and toward the New Year. I think that sets us up for the pendulum to swing hard the other way with January being cold, February probably staying slightly below normal on temperatures, and we do see an active March in terms of precipitation, and February with the cold air is probably going to have a few clippers that bring some snow as well.”

Throughout the 2020 growing season, as early as it is to forecast with assurance, Martin says precipitation could be “fairly close” to normal with a drier August possible, maybe also slightly drier in June. Trends suggest a fairly hot July 2020 is a distinct possibility.