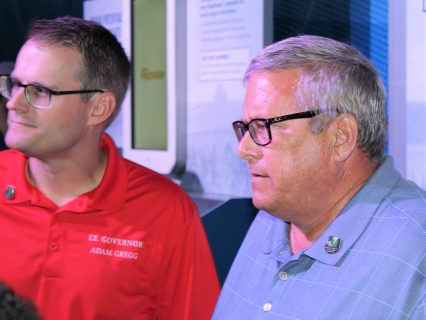 Walking around the Farm Progress Show, you never know who you’re going to run into. Early on Tuesday, I bumped into Bill Northey, USDA Under Secretary for Farm Production and Conservation. He was excited about trade developments with Japan over the weekend at the G-7 Summit in France.

With the first round of MFP payments already in some mailboxes, Eric Pfeiffer asked Northey when they will evaluate the trade environment to determine if rounds two and three will be necessary.

“That second payment is probably (coming) November, the third payment maybe January. So, as we get closer to that time, maybe September or October, we will take a look at that and see what the trade situation is. We have over $1 billion worth of payments that have gone out that first week. 250,000 producers so far have signed up.”

Northey was looking forward to seeing all of the new and developing technology at the show in Decatur, Ill.

“On my farm, I was running equipment that was depreciated out on somebody else’s farm first. So, I always went to see what I’m getting to use 10 or 15 years from now, but it’s fun to be able to see it. We’ve got great technological advances…It’s a great event to be able to gather folks. I also like to be able to hear what folks are saying about USDA. Are there things that we need to do different and better, and what is their feeling about Market Facilitation Program? We have a disaster program that’s going to be coming, probably, in a few weeks and what their expectations are around some of those things as well.”

Northey said the feedback he’s received on MFP from producers has been positive for the most part.