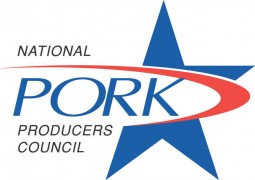 In what has the makings of another food labeling battle, USDA’s proposed new animal welfare standards for the national organic labeling program are drawing fire from the U.S. pork industry. It would be the first time standards governing organic livestock and poultry production were codified into federal law, and follows on the heels of the recent GMO labeling fight in Congress.

“We have some issues with animals being raised outdoors,” he said. “Pigs for example would be exposed to trichina, which would really be a public health issue. Also if they’re outdoors they’re more susceptible to interactions with feral pigs which carry pseudorabies which would be an animal health issue”

Not to mention outdoor exposure of poultry to avian influenza carried by migratory birds.

Warner argues that USDA lacks clear authority from Congress for its rule since animal handling practices are not a defining trait of organic agriculture or germane to the national organic law.

“Codifying animal welfare standards in federal law, federal regulations, sets a precedent that could be used to expand these even to all producers. But certainly we could see a next step as being applying these standards to for example, any producers who sell product to the federal government”

NPPC argues USDA’s intent to clear up consumer confusion about the meaning of the organic label is not a good enough reason to require new animal welfare practices.

“Current standards for organic meat or poultry products is that they not have had antibiotics, but some consumers also believe it’s how they might be raised, for example being raised outdoors. That is not part of the national organic program”

Warner concludes that such practices don’t make the product more or less organic, or safer.