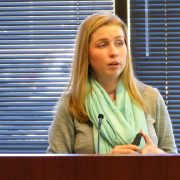 Maria Zieba, Director of International Affairs for the National Pork Producers Council, just returned from Montreal and the latest round of NAFTA negotiations. She gave an update at the Indiana Pork annual meeting and she said that terminating NAFTA is still an option. “Terminating NAFTA is an option and I think it can continue to be an option. As long as some of our partners might not be coming to the table on certain issues it’s still a possibility.”

Mexico and Canada are already shopping around for other potential trade partners outside of the United States. When asked what that might mean for the U.S. pork industry, Zieba 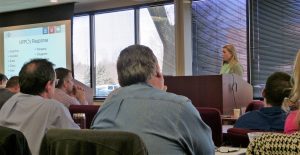 says it could become very difficult. “Well it definitely gives us competition as we try to break into a market or continue to export into a market. We might not have a fair shake or a fair advantage if our competitors are able to export without paying any taxes or duties on the product and we have to pay 20 percent, for example. That’s 20 percent more that the consumer, internationally, is going to have to pay for their product and nobody wants to pay more for pork or any other product.”

Zieba is optimistic that the next round of negotiations have been announced and hopeful that there is a path forward.