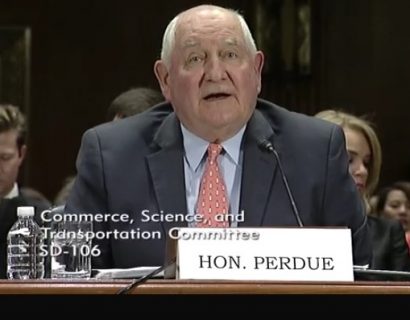 In a Wednesday hearing, various members of the Trump cabinet provided perspective on the Administration’s proposal for infrastructure improvements. Senator John Thune of South Dakota is the chairman of the Senate Committee on Commerce, Science, and Transportation, and he opened the hearing specifying that rural America shouldn’t get lost in the shuffle.

“We must ensure that any legislation is national in scope and that all areas are appropriately included,” he said. “Rural communities face unique difficulties due to lower population densities and challenging geographies. I appreciate that the Administration’s proposal acknowledges the acute needs in rural communities that lack necessary infrastructure. Investing in these areas of America will benefit the entire country.”

Thune believes bipartisan support for infrastructure will be a reality and that it can happen this year.

Secretary Sonny Perdue from USDA, like others, acknowledged paying for a bill that includes rural broadband improvements will be an issue, but “I love the spirit of this committee in a bipartisan fashion of understanding the need. How do we do it? Let’s just get it done for the American people because it’s needed in order for American producers and agriculture to remain competitive.”

On the need for more readily available rural broadband, Perdue said it is rural America’s interstate highway of the 21st century.

“And we need a ubiquitous high-speed internet system across this country, not only for the farmsteads and the rural towns, but the fields of America. When you look at the technology, with high speed internet, sub-inch technology of GPS and the satellites, we can get about a twenty bushel an acre increase with almost half the unputs.”

Senator Thune asked Perdue if his agency was taking steps to make sure rural broadband grants are used to bring service to areas where it doesn’t exist and not overserve areas that already have it. Perdue agreed that broadband grants have not previously been deployed in a strategic way. USDA and all of government needs to change that, Perdue said.