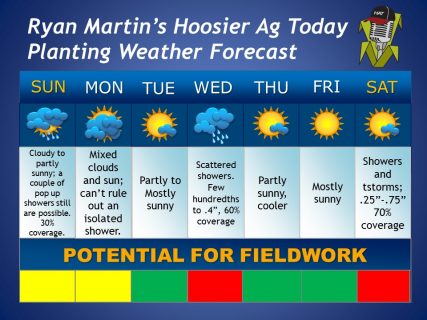 Rain moves back into the Hoosier state for Saturday, but its arrival may hold off until we get into early afternoon. Clouds will build quickly this morning as our next round of moisture moves in. Showers develop this afternoon and then spread across the state through tonight, overnight, and end early tomorrow morning. We still expect rain totals to end up between .25”-.9” with coverage at 90% of the state. The heavy thunderstorms will stay just south of the Ohio River, which keeps us out of those 1+” totals…but still need to watch for a surprise drift north in that tonight.

Sunday we will have some lingering clouds but should not have to deal with much in the way of new precipitation. That being said, we can’t rule out some isolated pop up showers with perhaps 30% coverage. Same story on Monday, as we remain cloudy to partly sunny on and once again may have to deal with a pop up shower in one or two spots. The clouds and the nearby moisture means we do not see as good of drying for these periods as we had hoped, in spite of no new significant precipitation. Tuesday should turn out partly to mostly sunny.

Rain arrives for next Wednesday, but we are pulling coverage back to around 60% and rain totals back to a few hundredths to .5”. The better coverage may end up being in central and southern Indiana.

Thursday and Friday turn out partly sunny. However, we now see a threat of showers and thunderstorms slowly drifting across the state from north to south Friday night through Sunday. Combined rains can end up bringing .25”-1” with coverage at 80%. The heavier totals may concentrate over the northern half of the state. Scattered showers along a cold front sneak into the state from the west next Monday. The map below shows 10-day potential rain totals over the state. 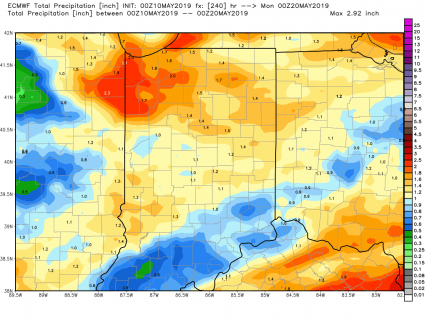 The extended period still has Monday’s rain lingering into Tuesday the 21st. Combined rain for the Monday-Tuesday period remains at .2”-.8” with coverage at 70% on Monday (20th) and only 30% on Tuesday (21st). Dry weather returns for Wednesday and Thursday, the 22nd and 23rd. Then showers push in for the afternoon of Friday the 24th and continue into early Saturday the 25th. Rain potential there will be from .25”-.75” with coverage at 70%. Becoming partly sunny Saturday afternoon and staying dry and sunny through Sunday the 26th.

A huge system moves over the eastern corn belt in week three from the 28th through the 30th. This has potential for heavy rain and strong thunderstorms. High pressure then dominates the balance of week three and all of week 4, giving at least the hope of some long term dryness potential. 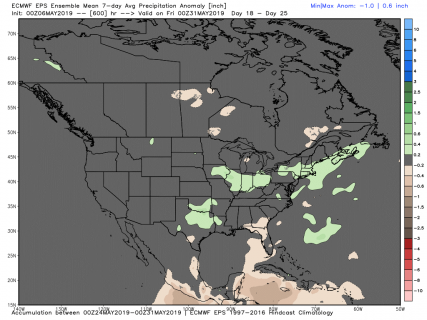 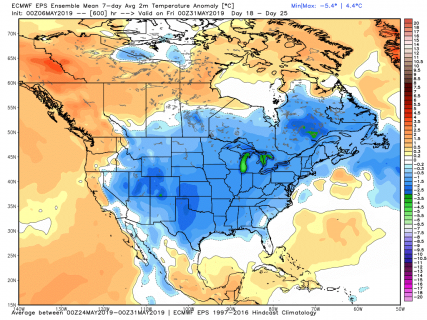 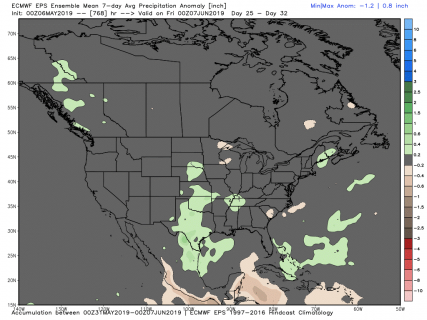 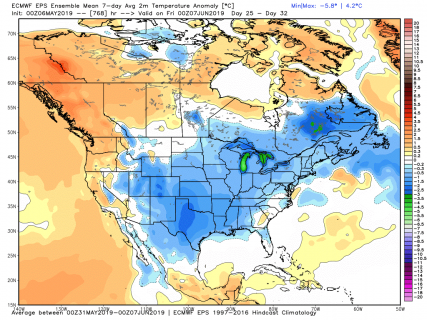 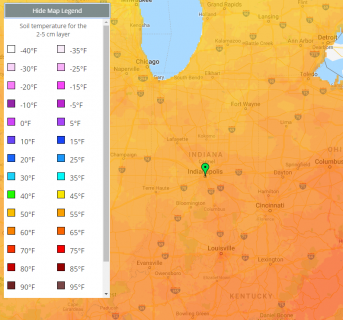