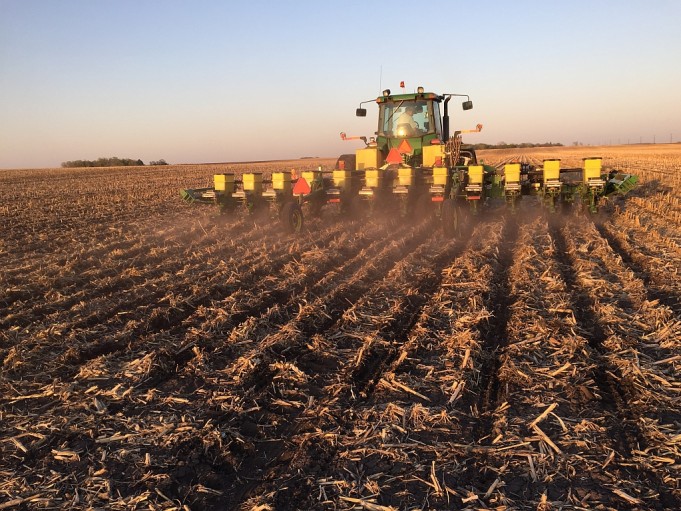 With warming temperatures and improving soil moisture, planting may get underway early in Southern Indiana, weather permitting.  Last  year’s planting season was a rather long and drawn out affair, as excessive rain during May kept fields to wet to plant.  Dan Emmert, agronomist with DuPont Pioneer in SW Indiana, says that, at this point, conditions look good to get an early start, “With what we saw last year with late planting conditions and southern rust, everybody is going to be ready to get out and hit the ground running as soon as soil conditions are fit.”

HAT meteorologist Ryan Martin has been reporting that the next few weeks look very wet, “The next ten days to two weeks, we continue to see a lot of moisture headed this way.”   Yet unlike last year, Emmert says soil temperatures are warmer, “It looks like we will have warmer conditions, and the weeds will be actively growing.” He added this will make them easier to kill, “Unlike last year when it was so cool the glyphosate did not work.”  He recommends burndown should be the order of the day for the next few weeks.

Emmert told HAT there has been a lot of nitrogen being applied the past few weeks and that a stabilizer is vital, “Over 30% of the nitrogen needed by modern hybrids is taken up after tasseling. Thus, we need to make sure we  have adequate nitrogen available during grain fill.”

Listen to the complete agronomy update in the Crops section of this web site.