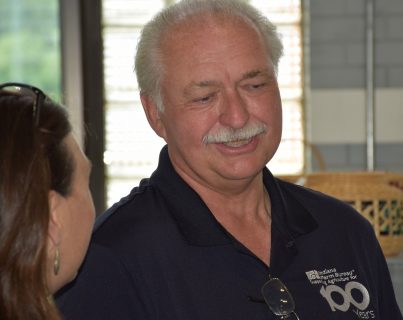 “It’s a pretty busy seventeen days as we move through the state fair, but it’s a great event where we get to showcase Indiana agriculture,” says Indiana Farm Bureau president Randy Kron on the Indiana State Fair, now heading into the final weekend.

To maintain the large footprint Farm Bureau has across the fairgrounds, it takes many volunteers joining with the staff. But, it’s well worth it to tell the story of agriculture’s Indiana impact. Earlier this week one of those impactful events running three days straight was Taste from Indiana Farms. 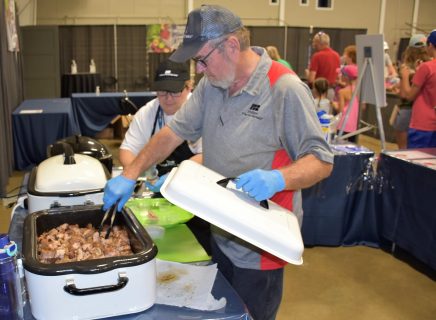 “We have a lot of volunteers that work that in the back end of the Farm Bureau building, and we’re talking a little about agriculture,” he explained. “If we can talk to our city friends and they can get out of there and learn one or two things about agriculture, it’s a good day. Everything that they have there is produced in Indiana, and usually at the booths if they’re not too busy they’re going to try to tell you one little fact. Whether it’s pork, beef, cantaloupes, cheese for dairy, there’s a lot of different variety of agriculture.” 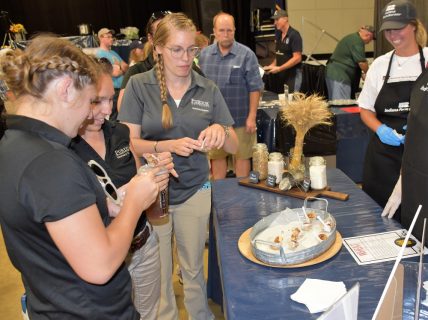 Of course, when farmers come to the state fair they talk about their crops. Kron told HAT assessing crops in this unprecedented year is a tough call, but he did his best.

“There are some good crops around and if you’re blessed and fortunate enough to have that, you’ll have a very good year, but there are a lot of poor crops around too. I think USDA had a hard time getting a handle on what’s out there. There are some good looking crops but they’re a month and a half late and they’re going to need a late frost to actually get to maturity.”

Kron said he’d be happy with either USDA’s Indiana or national corn crop yield estimates because he’s pretty confident those numbers aren’t in the cards this year.