While all of that is happening, ethanol plants are idling around the country, including the POET plant in Cloverdale, Indiana that closed in October, impacting at least 50 Hoosier jobs.

Vice President of Corporate Affairs for POET Doug Berven says the decision to shut down a plant is a tough one. 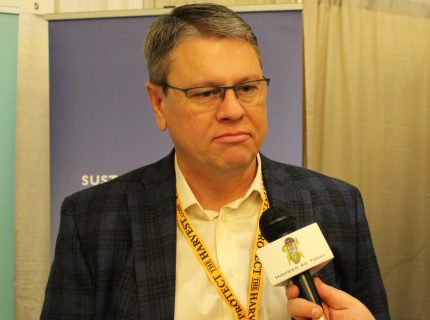 “The last thing we want to do is close the plant. There’s no reason for us to be closing the plant other than we’re over-supplied. The margins in our business have been almost nonexistent for the past two years. That’s why we were so excited about E15 being approved year-round. We thought that would clear up a lot of confusion at the pump, and we’ve got all kinds of retailers that want to blend more E15 and sell more E15. There’s a better margin for retailers, but the SRE waivers have wiped out a lot of that demand.”

Berven says those SREs, or Small Refinery Exemptions, have slowed growth in the ethanol sector, thus slowing the farm economy.

“We haven’t grown since 2013. Since 2013, the farm incomes have gone down 50 percent. That’s terrible. There’s no reason for that. Let biofuels soak up the surplus grain, be the catalyst for a strong ag sector, and we can solve a lot of the problems we have. Whether it be economics, climate, national security… agriculture is the solution to so many of the world’s problems and we’ve got to get that word out.”

Berven encourages all farmers to submit comments to the EPA by the November 29 deadline. You can do that by following this link to the National Corn Growers Association website.