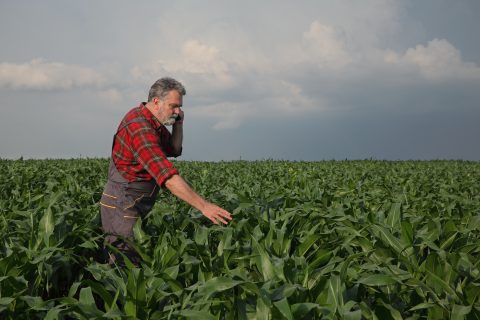 The Trump administration has deregulated many policies that farmers have applauded. Now with a pending change in executive leadership, many are wondering if they’re going to see additional regulations, particularly environmental.

Jay Truitt, CEO of Policy Solutions, says that farmers will have a seat at the table when it comes to climate change discussions and policy.

“For some people, they will love it—some [will] be kicking and screaming,” said Truitt. “There’s no way we can really avoid that. In a Biden policy document, they discuss what they see are opportunities for us to improve—that’s by creating some set asides, land, or expanding CRP-type programs.”

That also could mean a change in the crop base.

“Farmers and ranchers don’t tend to like being told what to do,” said Truitt. “They don’t mind being compensated for that, so it probably depends on how that plays out, whether or not they weigh in.”

Michael Torrey of Edge Dairy Farmer Cooperative says there’s plenty of ag organizations that are being proactive in environmental and climate work.

“Ag has been doing a lot they’re not getting credit for,” he said. “For this administration, we’ll rejoin the Paris Climate Accord. For agriculture who’s already working in Washington D.C. trying to find a process, that allows this to be as voluntary in nature as possible and reward farmers for a lot of practices they’re already engaged in.”

Truitt says that it’s going to be a matter of time before we see how these policies will play out.

“They sound great and lofty in the beginning,” he said. “When the rubber meets the road is when we’ll see how it breaks out. We’ll be surprised and the final details will determine who ends up being the supporter in the end.”

Based upon what could happen with climate policy, both Truitt and Torrey believe agriculture will continue to expand.