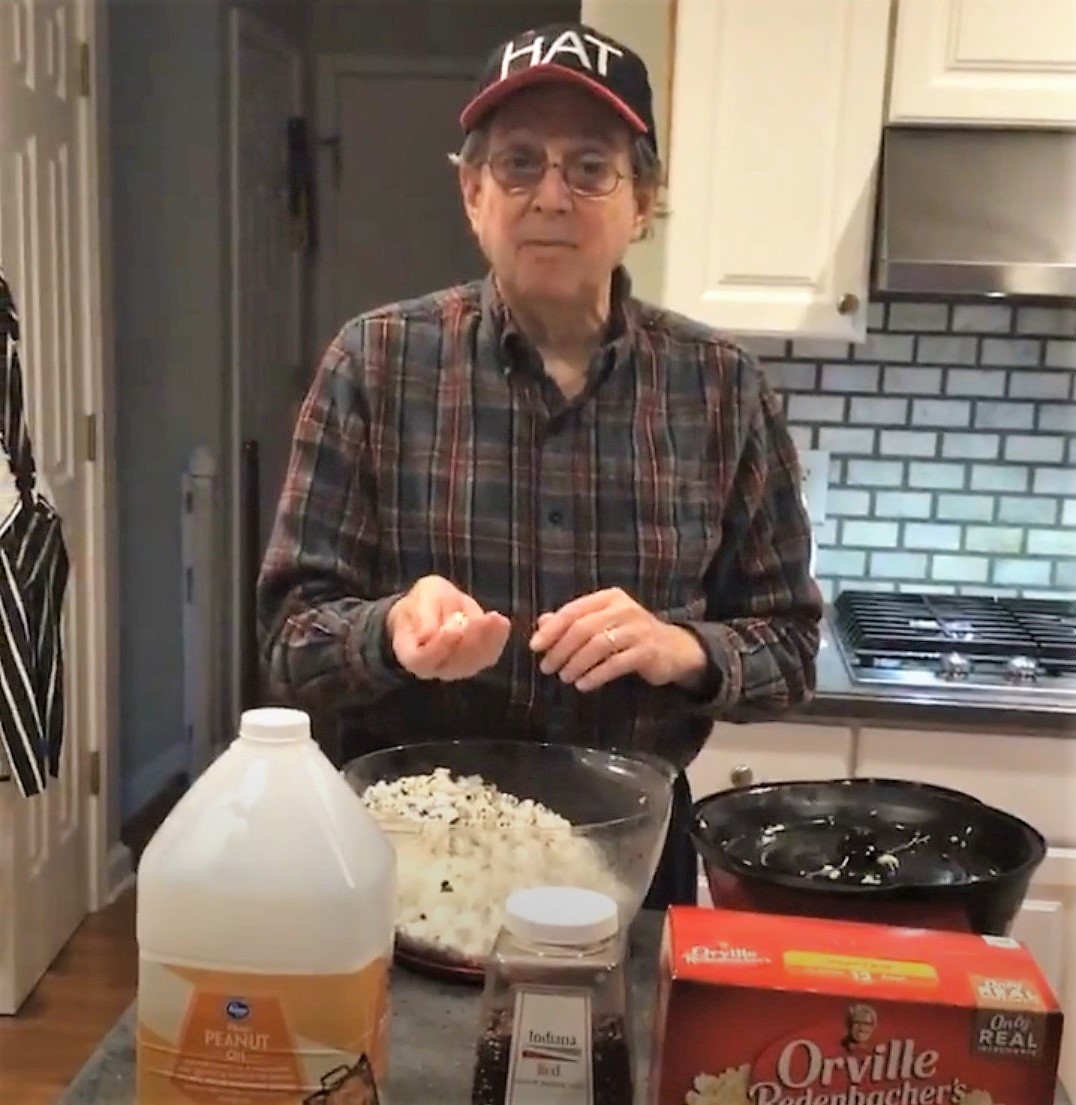 Hoosier Ag Today was popping up the popcorn on National Popcorn Day Tuesday the 19th and if you didn’t celebrate it’s never too late for popcorn.

For those who missed it, Hoosier Ag Today’s Gary Truitt put together corn popping video for the HAT Facebook page, and it was part Indiana popcorn history and part demonstration of old school corn popping.

As he outlined, Indiana continues to play a major role in national popcorn production.

“Indeed it does,” he said. “In 2020, the last production year, Indiana was number two nationally. Indiana and Nebraska are really neck and neck in terms of popcorn production. But still it was a record year of Indiana production with over 94,000 acres planted.”

That is an increase of roughly 20,000 acres during a trend of declining acreage.

While Truitt has no problem with microwave popcorn and primarily its convenience factor, “to me it really lacks the taste of what I call old-school popcorn. I like to heat up the oil using peanut oil and I’m popping some Indiana popcorn that has come from the Whitsitt farm, and you just get a much better flavor.”

Truitt’s preference is a special salt for popcorn which sticks to the pops much better.

Grain marketer and regular HAT analyst Mike Silver from Kokomo Grain has a popcorn love affair going that dates well past fifty years ago when his Purdue master’s thesis was completed.

“I love popcorn, my family loves popcorn, we buy it by the 50-pound bag and have popcorn as a snack almost every night,” Silver told HAT. He added, “I’m real pleased that the Indiana legislature is going to make popcorn the official snack of Indiana.”

At least such a measure has been introduced this session by State Sen. Ron Grooms, a Republican from Jeffersonville.

And about that college research Silver did on Machine Losses and Kernel Damage as a Result of Field Shelling Popcorn. Fifty years ago, combines were not handling much of the popcorn harvest, but for four or five years after his thesis was published, “the Popcorn Institute used that research to promote to farmers how to adjust combines as more combines were used to field-shell the popcorn.”

For much more from both Gary and Mike, click the audio player above.