Southern Rust devastated corn in Southern Indiana last year, so this year growers in SW Indiana are taking precautions. Southern Rust has been detected in Kentucky and is likely to cross into the Hoosier State. Mike Meyer, agronomist, with DuPont Crop Protection, says, “The weather conditions we have been seeing lately — the high heat, abundant rainfall, and high relative humidity — are all conducive to the spread of Southern Rust.”

Meyer told HAT an outbreak of the disease could have a big yield impact, “I am especially concerned about the later planted corn. Growers should pay particular attention to late planted corn  because the earlier Southern Rust shows up in the corn plant’s life cycle, the more yield loss there is.” 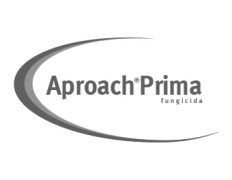 His recommendation is to scout for the disease and to consider a proactive application of fungicide, “We recommend Approach Prima fungicide applied near tasseling time.” The fungicide has two modes of action that are effective against Southern Rust.

Track the movement of Southern Rust: