Prevented Plant Resources Now in One Spot Thanks to CCSI

“Weird. Tough. Use any adjective you want to for this season. It’s been a bear and farmers are facing a lot of tough decisions that they have to make relatively quickly.” 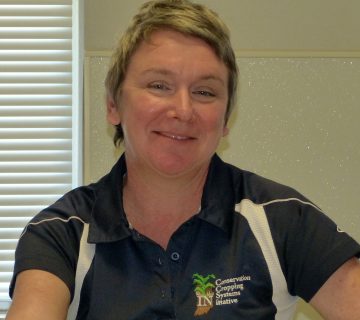 That’s Lisa Holscher, Director of the Conservation Cropping Systems Initiative in Indiana. She says resources to help with those decisions are aplenty, but they’re in too many different places. Her inbox has been flooded with emails, “regarding prevented planting, late planting, seeding cover crops after prevented planting. I have a folder now dedicated to prevented planting.”

Holscher said, “We started sorting through the information, what was public, what could be made publicly available, and tried to organize it in a way that can help farmers and other people making decisions about what they’re going to do with their non-planted fields this year.”

And those resources can now be found in one place at ccsin.org. It’s Holscher’s hope that farmers who have not explored using cover crops before might take the opportunity to do that now given their situation.

“Especially to protect those acres that have not been planted. To give those fields a nice cover to protect them from sun, rain, erosion, and to also keep living root in the ground, that’s not a weed, but keep a good living root to feed the soil biology and help improve soil health.”

Again, you can start by utilizing the resources found at ccsin.org, but Holscher says don’t stop there.

“I would highly encourage people going through this process and making these decisions, contact your local soil and water conservation district, your local NRCS office, Purdue Extension. They can help guide you through the process.”