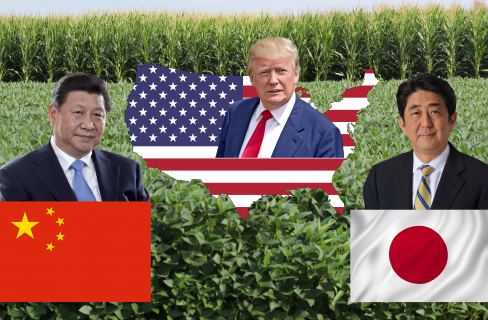 President Trump appears to be making some headway in international trade deals. At the G-7 Summit in France this past weekend, it was announced that a trade agreement with Japan has been agreed to in principle after a meeting with Japanese Prime Minister Shinzo Abe.

“It’s a very big transaction, and we’ve agreed in principle,” said Trump. “It’s billions and billions of dollars.  Tremendous for the farmers. And one of the things that Prime Minister Abe has also agreed to is we have excess corn in various parts of our country, with our farmers, because China did not do what they said they were going to do.  And Prime Minister Abe, on behalf of Japan, they’re going to be buying all of that corn.  And that’s a very big transaction.”

Trump and Abe are hopeful that the deal can be finalized in New York next month at the United Nations General Assembly.

Bob White, Director of National Government Relations for Indiana Farm Bureau, told HAT that the ag industry has been hoping for this agreement ever since President Trump withdrew from TPP at the beginning of his term. 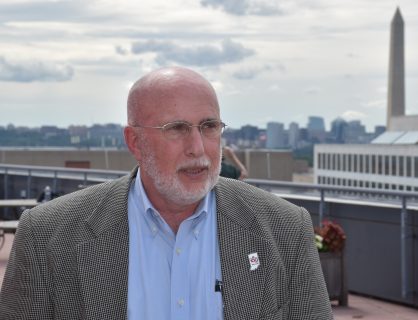 “This is a really big deal for US farmers that we have reached agreement and that puts us on a level playing field now with Australia and New Zealand, who basically have been selling to Japan for a couple years because we couldn’t get in.”

In addition to a deal in principle with Japan, perhaps the bigger news from the G-7 is that China appears to have blinked first after the escalation of the trade war over the weekend. After announcing new tariffs on Friday, Trump threatened to declare a national emergency that would result in American businesses freezing their relationships with China.

Asian markets tumbled and China’s currency hit an 11-year low early Monday, prompting Chinese Vice Premier and lead negotiator Liu He to say, “China is willing to resolve its trade dispute with the United States through calm negotiations and resolutely opposes the escalation of the conflict,” as first reported by Reuters.

President Trump says they’ve lost over 3 million jobs in a short period of time and Chinese President Xi can ill afford to not take action.

“I think they want to make a deal. I’m not sure they have a choice, and I don’t say that as a threat. I don’t think they have a choice. In the meantime, the United States, which has never collected $0.10 from China, will in a fairly short period of time be over $100 billion in tariffs.”

The G-7 Summit concluded on Monday.