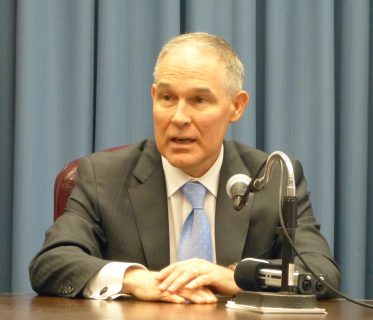 EPA Administrator Scott Pruitt is under fire again for granting hardship waivers to oil refiners to avoid blending biofuels. Reuters has reported that Carl Icahn, a billionaire and former adviser to President Trump, received the waiver for his facility in Oklahoma, Pruitt’s home state.

Bob Dinneen, President and CEO of the Renewable Fuels Association, told Hoosier Ag Today that this is another example of Administrator Pruitt ignoring the law, what’s best for American consumers, and what his boss, President Trump, wants. He cited Trump and Pruitt’s policy last year requiring 15 billion gallons of ethanol in the US fuel supply. 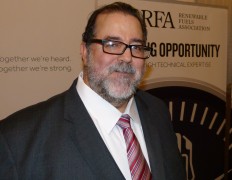 “Before the ink was even dry on that rule making, Administrator Pruitt began to provide these waivers to the program for any small refinery that happened to have a stamp and knew his address. And the fact that he’s given one to Carl Icahn, who sits on a $24 billion wallet, tells you that hardship has absolutely nothing to do with it.”

Dinneen believes the President’s commitment to the ethanol industry remains strong, and he doesn’t believe Trump knows that his EPA Administrator has gone rogue.

“I think this is Scott Pruitt that is doing everything he possibly can to help the refiners in his great state of Oklahoma before he goes back to run for public office. I think Scott Pruitt probably knows his days are numbered, and he’s going to just create a fire sale on renewable energy demand to the benefit of oil companies in this country before he walks out the door.”

When asked if a change needed to be made at the top of EPA, Dinneen said, “Whether there’s a new director or not is immaterial. The policies need to change. If he replaces Scott Pruitt with somebody else who is just going to shill for the oil industry, that’s not going to be helpful either.”

That same question was posed last week to Republican Senator Joni Ernst from Iowa. Her simple response was, “I think we can do better.”