Farmers across the U.S. continue to have a somewhat pessimistic outlook for the future when it comes to the economy and production costs.

According to a recent phone survey among 400 farmers and ag producers in the U.S., their perceptions regarding current conditions on their farms were down from May to June.

The Purdue University/CME Group Ag Economy Barometer continued to slide in June, down two points to a reading of 97.

Producers’ expectations for the future also weakened. The Index of Future Expectations fell five points to a reading of 96, marking the lowest level for the index since October 2016.

Meanwhile, producers were slightly more optimistic regarding current conditions; the Index of Current Conditions improved five points to a reading of 99. The Ag Economy Barometer is calculated each month from 400 U.S. agricultural producers’ responses to a telephone survey.

This month’s survey was conducted June 13-17.

“Rising input costs and uncertainty about the future continue to weigh on farmer sentiment,” said James Mintert, the barometer’s principal investigator and director of Purdue University’s Center for Commercial Agriculture. “Many producers remain concerned about the ongoing escalation in production costs as well as commodity price volatility, which could lead to a production cost/income squeeze in 2023.”

The Farm Financial Performance Index, which is primarily reflective of income expectations for the current year, improved 2 points to a reading of 83 in June, yet remains at one of the index’s lowest readings over the past two years. When asked about expectations for their farm’s financial condition in June 2023 compared to June 2022, 51% of survey respondents said they expect their farms to be worse off financially a year from now. This is the most negative response received to this question since data collection began in 2015.

For the second month in a row, the Farm Capital Investment Index held at a record low of 35, as producers continue to say now is not a good time to make large investments in their farm operation. Supply chain issues continue to frustrate farmers. In May and June, 50% of producers said that tight machinery inventories were impacting their farm machinery purchase plans.

The top concerns for producers in the upcoming year continue to be input prices (43%), followed by input availability (21%), government policies (18%), and lower output prices (17%).

Looking ahead to 2023, a majority of farmers expect to see another round of large input cost increases, with 63% of producers expecting higher costs in 2023, on top of the large increases experienced in 2022. Nearly four out of 10 farmers expect input prices to rise by 10% or more next year when compared to 2022; only one out of 10 producers expect input prices in 2023 to fall below 2022’s prices.

When asked about their cropping plans for the upcoming year, one out of five (19%) of crop producers said they intend to change their crop mix in the upcoming year in response to rising input costs. Among those who plan to shift their crop mix, almost half of the respondents (46%) said the biggest change will be to devote a higher percentage of their acreage to soybeans. Twenty-six percent of those planning a crop mix change said the biggest change would be to devote more of their farm to wheat production, while 21% of respondents said they would shift to planting more corn.

Click BELOW to hear C.J. Miller’s news report on the Purdue/CME Group Ag Barometer for June 2022. 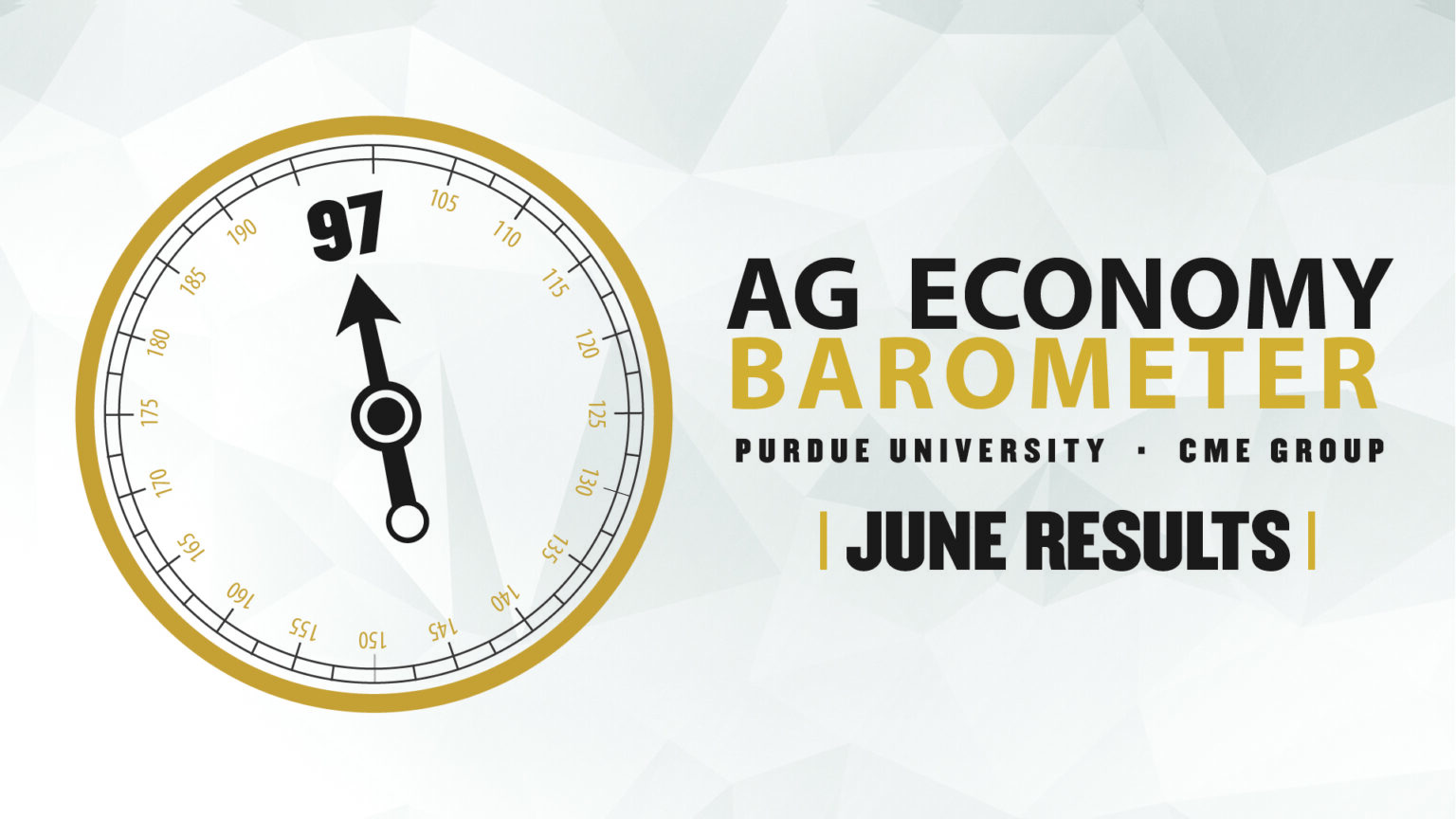