The Agricultural Research Award, the Corinne Alexander Spirit of the Land Grant Mission Award and the TEAM award will be granted respectively to Ian Kaplan, professor of entomology; Haley Oliver, associate professor of food science; and the Purdue Extension Small Farm Team.

“We are incredibly proud of these faculty and staff members, who embody the innovation, dedication and excellence to which Purdue Agriculture is committed. We will celebrate their accomplishments at ceremonies during the fall semester,” said Karen Plaut, the Glenn W. Sample Dean of Agriculture. 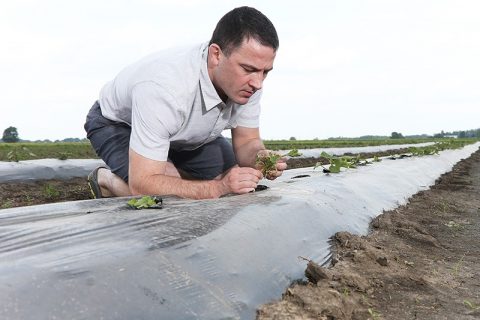 In his ten years at Purdue, Kaplan has focused on the research question of how to control pest insects in ways that minimize environmental impact. His research has directly influenced the reduction in pesticide use, saved money for growers, reduced environmental inputs and preserved chemical efficacy.

“I’m very honored to have been chosen for the Agricultural Research Award,” Kaplan said. “Both the college and my department have been extremely supportive of my research program throughout my time at Purdue.”

Kaplan previously received the Presidential Early Career Award for Scientists and Engineers, awarded by then-President Barack Obama in 2012, and in 2015 was recognized as a Purdue University faculty scholar. 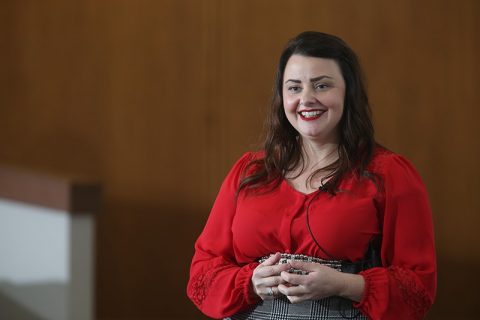 Oliver, who has held her position at Purdue since 2010, is a leading expert in retail food safety. Her research program includes applied and basic research efforts to understand foodborne pathogen prevalence, persistence and stress response, as well as the relationship among these factors and virulent capacity. Oliver works with a variety of stakeholders to uphold the land-grant mission principles of learning, discovery and engagement.

“I was very surprised to receive this award,” Oliver said. “In my opinion, it’s one of the most important awards College of Agriculture faculty can receive because it highlights a commitment to our three core missions.”

Oliver said she is proudest of the work she has done involving teaching, pointing out that she loves to see her students succeed in obtaining academic, government and industry careers, which she considers the three major stakeholders in her discipline.

Created in 2004, the Purdue Extension Small Farm Team was formed by educators and specialists who identified a gap in programing for sustainable agriculture specifically focusing on small-scale farms. This team eventually created the Indiana Small Farm Conference, which has taken place annually for seven years.

At its core, the Small Farm Team is an interdisciplinary effort, pulling together expertise and participation from a variety of individuals dedicated to their respective agricultural disciplines. Tamara Benjamin, a Purdue Extension assistant program leader and diversified agriculture specialist, leads the group and coordinates activities relating to local food, urban agriculture, organic agriculture, small farms and beginning farmers.

“Our team has worked tirelessly since 2012 to put on the Indiana Small Farm Conference for a part of the farming population that has felt like they have been ignored,” Benjamin said. “Our grandparents used to go to the local coffee shop and talk about farming. In some ways, we have lost that community of farmers and to know that we have been able to recreate that through not just the conference but through our programs across the state, has made us all feel very proud.”