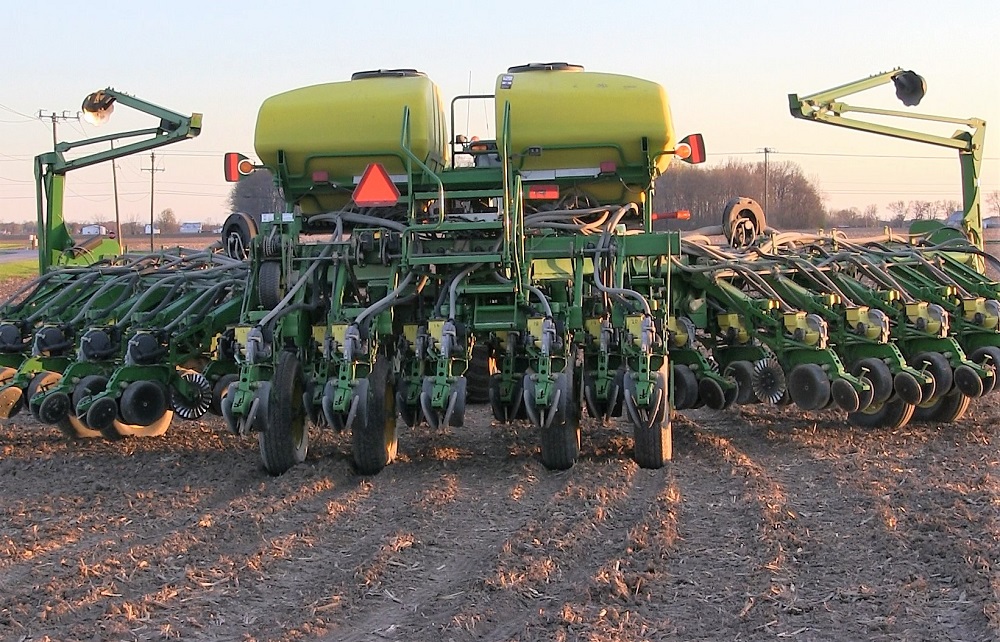 There is now a new Purdue Crop Chat episode available, and this week #4 talks about the ramp up of planting across Indiana and considerations for seeds going into soil that isn’t quite warm enough for establishing the best stands. Purdue Extension corn specialist Dr. Bob Nielsen says planting now certainly lines up with historical planting dates.

“Historically the majority of our corn crop tends to be planted over a 4-week window beginning roughly now and ending somewhere in the third or fourth week of May,” he says. “So, from a calendar perspective it’s certainly time to be out there and that’s the pressure people are feeling, especially with the memories we all have of last year’s near historic record low planting progress.”

But the challenge now for seed going in is soil temperatures are lagging where they should be. Nielsen therefore wants growers to soon begin walking fields to check on emergence and the possible need for replant. Extension soybean specialist Dr. Shaun Casteel agrees.

“Scout early and scout often, that’s the thing that we really need to look at,” he said. “If we’re going to think about doing a stand assessment and making a call on a field, soybeans a lot of people think V1, V2 as early as you need to get out there. And people are even V2, V3, so we need to be out there about as soon as its emerging, VE to VC to make that call.”

Nielsen said the scouting should include fields planted the first part of April and through this week, “but given the forecast for cool temperatures through at least the first or second day of May, anything planted now and over the next seven days, those fields, when they begin to emerge, I think they need to be scouted pretty carefully too.”

HAT chief meteorologist Ryan Martin says soil temperatures early in the week ranged from the upper 30’s north, to 40’s central, and some 50’s in southwest Indiana at the 2” depth. Moisture is ranging from too much to dry, but he says soil moisture is averaging adequate to slightly above statewide.

You can hear much more from Nielsen and Casteel and some Ryan Martin weather, by clicking the play button below!

More information mentioned in the podcast can be found at Nielsen’s Chat ‘n Chew Cafe website.