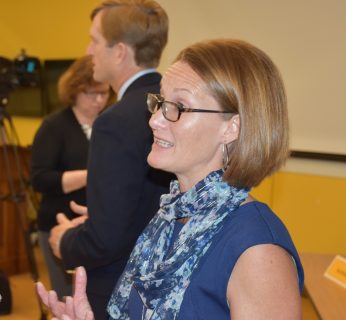 Springs will be wetter and warmer, July will be hotter, and Indiana crop seasons as we know them won’t be quite the same. Those assessments in the new agriculture report from the Purdue University Indiana Climate Change Impacts Assessment team suggest farmers will need to find ways to cope with weather changes.

“A lot of the changes are of course things we’ve already seen,” she said. “We already have this pattern in Indiana where we often have excess moisture in the spring and not enough moisture later on in the growing season, but what we anticipate is that pattern is going to become more pronounced and the years where that is extreme enough to cause severe damage to the crop are likely to become more frequent.”

That will mean as this century moves forward farmers will increasingly need to plan for years of floods and drought instead of just planning to survive those years. Even more emphasis will be placed on water management and soil health.

“In the spring that means really managing for moisture conditions,” she said. “We keep coming back to soil health because that’s resonated very well with producers, but the whole package of reducing the number of tillage operations so that we’re maintaining good soil structure, improving organic matter so that even when we have increased spring moisture, more of that water will move through the soil and the fields will still be accessible, and we won’t have standing water that’s going to lead to disease that’s going to lead to crop loss.” 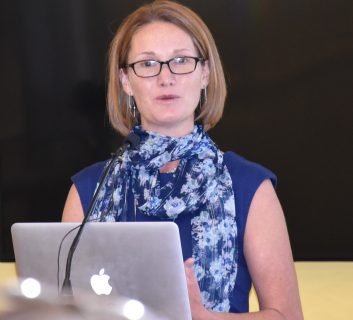 Bowling told HAT infrastructure improvements like drainage can be part of the plan for dealing with increased spring moisture. For those dry to drought times of year, supplemental irrigation might be considered, however “we did do an economic analysis of the irrigation investment decision as part of this report, and for current crop prices, for most of the state a full ground water-based irrigation system is not likely to pay for itself.”

The report says livestock heat stress will be amplified by mid-century and infrastructure solutions come into play, “whether that’s things like these sow cooling pads that are being developed here at Purdue, increased ventilation, increased structure in the pastures providing shading to help during those stress conditions.”

Bowling said farmers will need to be able to adapt and should take that into account when planning future expansion and investments back into the farming business. Bowling and her fellow authors encourage Indiana farmers to read the report. You’ll find it here.