Rains and cooler temperatures brought much-needed relief to what had been a dry spell for much of the State, according to Greg Matli, State Statistician, USDA, NASS, Indiana Field Office. Above average rainfall and below average temperatures replenished dwindling soil moisture in many areas. The average temperature for the week was 73.9 degrees, 1.7 degrees below normal for the State. The amounts of rainfall varied from 0.05 inches to 3.62 inches during the week. The statewide average for precipitation was 1.46 inches. There were 5.2 days available for fieldwork for the week ending July 22. 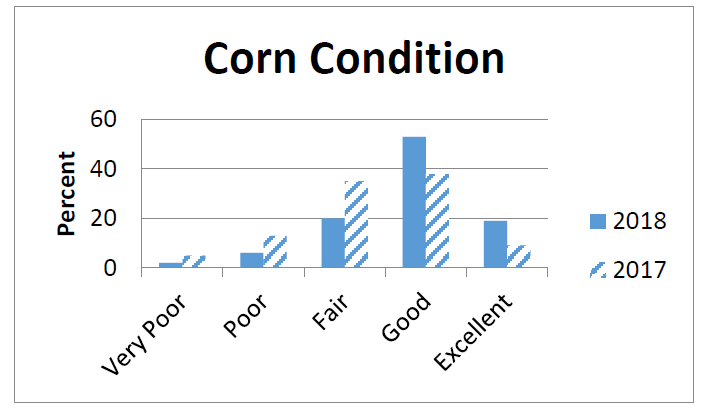 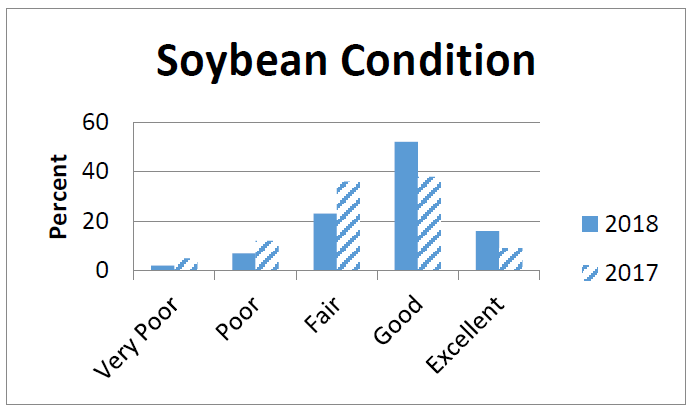 After a generally hot and dry start to the week, storms rolled through over the weekend to the benefit of corn and soybeans, which had been showing signs of drought stress. The widespread rain rejuvenated dry pasture and hay fields, as well. Winter wheat harvest had all but wrapped up before the rain events. Livestock were reported to be impacted by the heat at the start of the week but were faring better at the end of the week with cooler temperatures. Other activities for the week included hauling grain, mowing roadsides, and spraying herbicide and fungicide. 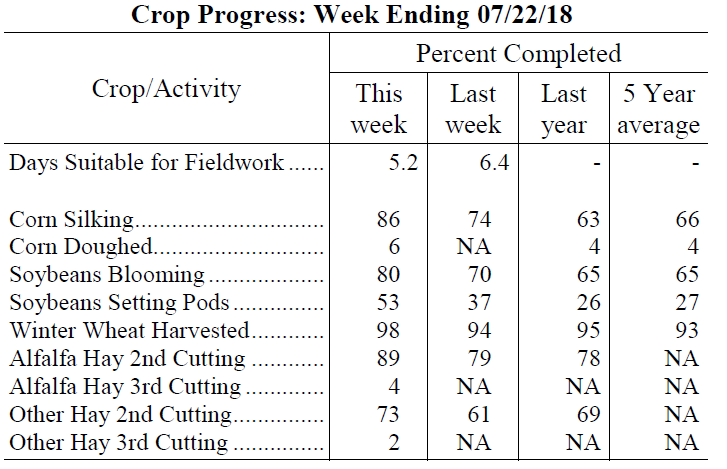