Rains gave relief to crops suffering from lack of moisture but also limited field activity, according to Greg Matli, Indiana State Statistician for the USDA’s National Agricultural Statistics Service. The amount of rainfall varied throughout the state. Some areas received adequate rainfall, while other areas received an overabundance that caused flooding. Many growers noted troubles due to soil moisture surpluses. Difficult to control weeds and disease were major concerns. Tornadoes touched down in Central Indiana locations during severe storms, but there were few reports of significant crop damage. 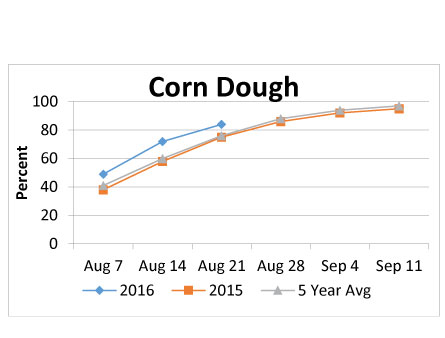 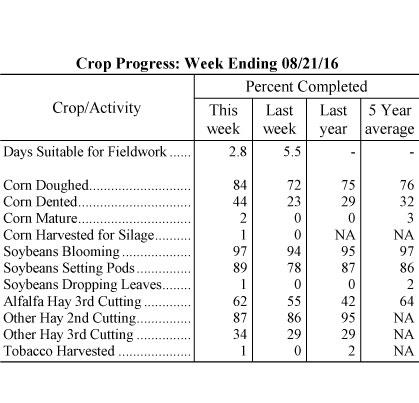 Some farmers started chopping silage, but had to stop as heavy rains passed through the state. Feedlots grew muddier, but livestock received a break from high temperatures and pastures began to rebound.