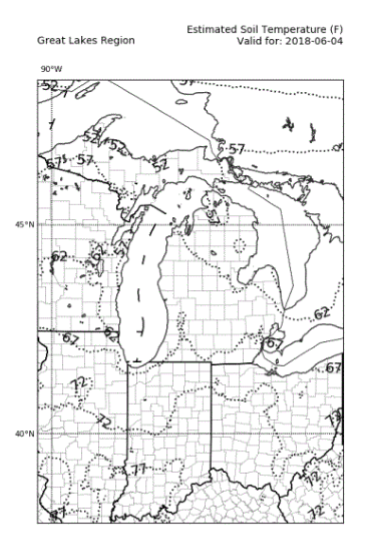 Rain storms midweek increased soil moisture levels but more rain is desired in some areas, according to Greg Matli, Indiana State Statistician for the USDA’s National Agricultural Statistics Service. Rainfall slowed planting progress but was welcomed after about a week of above average temperatures. The average temperature for the week 76.1 degrees, 9.3 degrees above normal for the state. The amounts of rainfall varied from 0.15 inches to 5.33 inches over the week. The statewide average for precipitation was 1.58 inches. There were 4.5 days available for fieldwork for the week ending June 3.

Most of Sullivan, Knox, Greene and Daviess were identified as abnormally dry earlier in the week by the US Drought Monitor. These counties received rainfall, but it was accompanied by damaging severe weather conditions. Storms brought heavy rains and gusty winds that battered some hay and wheat fields. There were reports of some counties reaching record levels of rainfall. The rain helped to speed up emergence of later planted corn and soybeans. Many farmers were able to cut & bale hay during the week despite the rain. Livestock experienced some stress during the 90+ degree days over the past week, but are in good condition. Other activities for the week included side dressing, spraying weeds, application of fertilizer and herbicides, tiling, hauling grain, mowing roadsides and some tillage work. 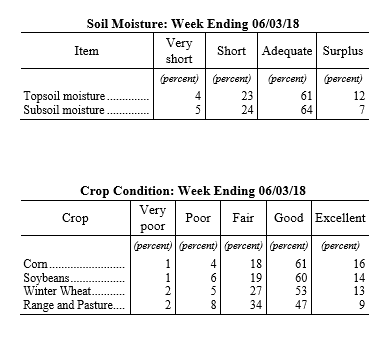 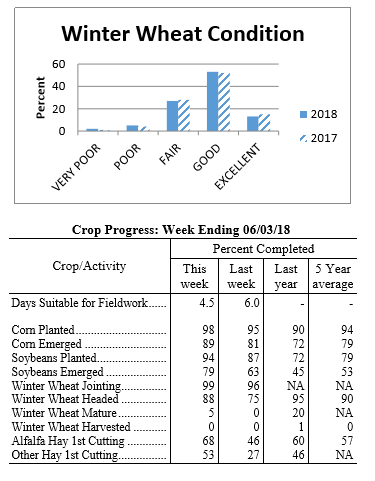