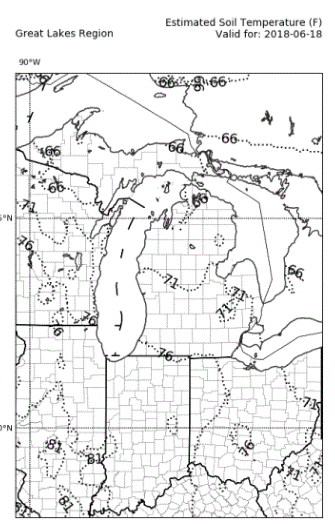 Rain showers early last week helped increase soil moisture to adequate levels, according to Greg Matli, Indiana State Statistician for the USDA’s National Agricultural Statistics Service. The weather left some fields wet. The high temperatures helped to quickly dry out some areas. The average temperature for the week 74.7 degrees, 3.6 degrees above normal for the state. The amounts of rainfall varied from 0.03 inches to 6.04 inches over the week. The statewide average for precipitation was 1.08 inches. There were 4.3 days available for fieldwork for the week ending June 17.

The weather allowed many farmers to progress with cutting hay. Corn is at various stages but benefitting from the warmer weather. There were some reports of rolled leaves but corn is rated at 76% percent in good to excellent condition. Weed growth is evident in soybean fields but the weather permitted for spraying. There was a heat stress alert but livestock are reported to be in good condition. Other activities for the week included fertilizer application, side dressing corn, applying herbicides to corn and soybeans. 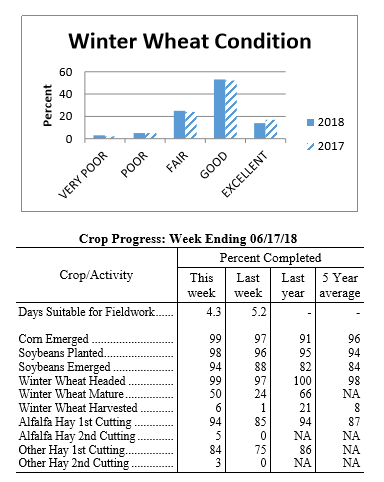