Light showers across the State were beneficial for dry areas and a burden for the oversaturated southern region, according to Greg Matli, Indiana State Statistician for the USDA’s National Agricultural Statistics Service. Most of the State received some precipitation during the week, but there are portions that continued to be dry. Statewide precipitation was slightly above average at 0.92 inches. Temperatures continued to be hot and humid across the state, leaving some crops stressed. The statewide average temperature was 75.1 degrees, 0.2 degrees above normal.

Winter wheat harvest has wrapped up for most of the State. Hay and pasture fields are beginning to pick up in growth from the increased precipitation and remained in good condition. Some farmers had to delay their second cutting of hay due to the rain showers, but remain far ahead of last year and the five year average. Livestock were reported to be in good condition as many were being prepared to be taken to county fairs. Blueberry harvest continued on strong while watermelon, cantaloupe, tomato, and pepper harvest have begun. Other activities for the week included hauling grain, running irrigation systems, mowing roadsides, and making the deadline for certifying crops with FSA. 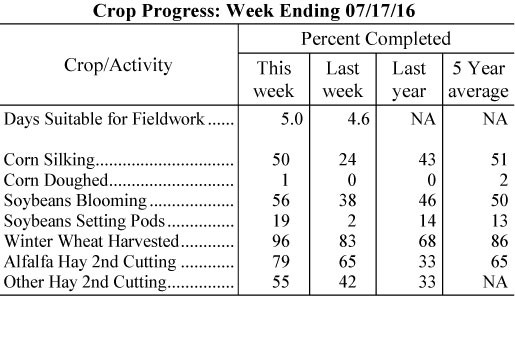 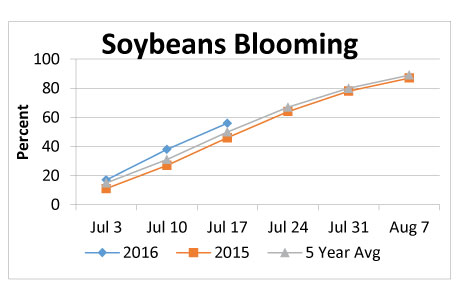