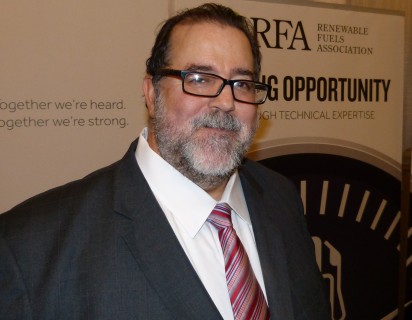 On Thursday President Trump, several members of his cabinet, and a handful of senators met with a number of ethanol and oil industry stakeholders, including Renewable Fuel Association members, to discuss the Renewable Fuel Standard. RFA President and CEO Bob Dinneen had the following statement:

“We appreciate that President Trump took time to sit down with leaders from the ethanol and gasoline marketing industries, including RFA members, to discuss important issues related to the RFS and the rural economy. We continue to believe the appropriate response to unfounded concerns about Renewable Identification Number (RIN) prices is to expand ethanol use by providing RVP parity, allowing E15 and higher blends to be sold year round. We are pleased today’s conversation focused positive attention on this important issue. We look forward to continued discussions with the White House and welcome additional opportunities to explain why Sen. Ted Cruz’s notion to cap the price of RINs would be disastrous for the ethanol industry, farm economy, and American consumers.” 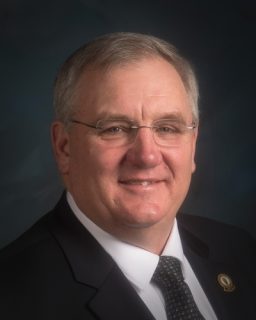 “For corn farmers, the question for the ongoing White House discussions is simple – what is the problem you are trying to solve? According to EPA, refiners don’t have a problem.  EPA concluded in November that refiners are able to recover the cost of RINs through the prices they receive for refined products and that RIN values are not causing economic harm to refiners.

“For farmers, ethanol blending equals corn demand. Farmers care about RIN values, not because we want them to be high, but because we want the RIN market mechanism to work freely to incentivize blending. Increased blending will, in turn, lower RIN values, exactly the way the RFS is intended to work.  Government manipulation of the RIN market, on the other hand, disrupts the incentive to blend.

“This is why farmers continue to tell the Administration that providing regulatory parity for E15 and higher blends is the best policy answer for refiners’ concerns.

“Allowing the RIN market to operate freely with year-round sales of E15 would increase the production and consumption of renewable fuels, increase the supply of RINs available for compliance and lower RIN values.  Increased use of biofuels is already moving us in this direction, and increased use of E15 and higher blends will get us there faster.

“As discussions continue with the Administration, corn farmers thank President Trump and USDA Secretary Perdue for listening to farmers’ views and supporting agriculture. We ask that they maintain their strong stated support for the RFS by not interfering with the market mechanism that helps grow biofuels blending.”