The Trump administration’s Office of Management and Budget is proposing slashing the Environmental Protection Agency budget by 25 percent.  This proposed reduction for EPA could be achieved through a reduction in staff of 20 percent and reducing grants to states by 30 percent and eliminating nearly two dozen programs, including the Clean Power Plan and Environmental Justice programs. 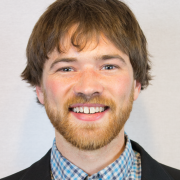 Isaac Orr, a research fellow for energy and environmental policy with the Heartland Institute, a national environmental group based in Illinois said the EPA is a bureaucratic agency that has inflated a lot over the years. “Reducing the budget and reducing the staff is a necessary thing at this point”, said Orr. He added, “ultimately a lot of the responsibility that the EPA has for enforcing the clean water act or clean air act is all taken care of by the states and they do it better and a lot more efficiently.”

Orr says the top priority for EPA should be clean air and clean water. He cited the Flint Michigan water crisis as an event where EPA could have done more. “When you look at how much we reduced pollution in the United States over the past 40 years, that’s really something that should be celebrated but at this point it looks like the EPA is just trying to justify their existence by writing rules that are more strict all the time even though the benefits really aren’t there from a health perspective or an environmental perspective.”

In a written statement by Orr, he supported his statements in support of reducing the size of the Environmental Protection Agency.  “We all want clean air and clean water. And for the most part, that is what we have. The Clean Air Act passed by Congress has been an unqualified success story, and the air today is exponentially cleaner than just 30 years ago. Levels of criteria air pollutants – which include lead, ozone, sulfur dioxide, and nitrogen dioxide – have fallen 99 percent, 32 percent, 84 percent, and 60 percent, respectively.”

“NFL teams don’t keep declining veterans around at high salaries; they force such players to take a pay cut. Given its track record, EPA either needs to take a pay cut or hit the old, not-quite-so-dusty, trail.”