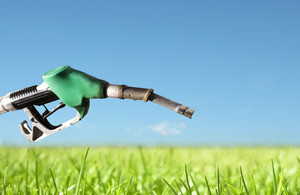 The renewable fuels industry will celebrate the 15th anniversary of President Bush signing the legislation that created the Renewable Fuel Standard (RFS).

Ahead of the anniversary on Saturday, Geoff Cooper, president and CEO of the Renewable Fuels Association (RFA) reflected on how far the industry has come.

“The RFS single-handedly suffered a surge of investment in renewable fuel production facilities across the country,” said Cooper. “The RFS ahs been a perfect example of how policy can drive innovation and investment by providing a foundation of long-term market certainty and reliability.”

There was also a lot of collaboration in the agricultural community.

“We saw farmers get together and pull their resources and work with local banks to build ethanol plants in their communities, but we also saw major grain processing corporations, clean energy investors and technology providers also make substantial investments in the sector,” said Cooper.

Cooper said the goals of the RFS were clear, and it has lived up to those expectations.

Those 15 years have not come without strife, particularly in 2020.

Despite those headwinds, Cooper remains optimistic for the future of ethanol and biofuels.