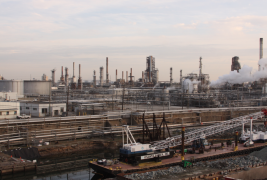 Republican Senator Pat Toomey of Pennsylvania said earlier this week that U.S. biofuel policy “must be fixed.” He’s referring to the Renewable Fuel Standard as the primary cause for a Pennsylvania refiner filing Chapter 11 bankruptcy. In a statement, Toomey outlines his conversations regarding the RFS with President Trump and his colleagues, which would include Texas Republican Ted Cruz, in an attempt to change the policy. In announcing its intention to file for Chapter 11 bankruptcy, LLC blamed the RFS, saying the company has spent more than $800 million on credits to comply with the law.

In response, Renewable Fuels Association President and CEO Bon Dinneen told energy industry publication Platts that the bankruptcy had little to do with the biofuel policy. Dinneen says, “Like other refiners, PES could have made investments in blending more renewable fuels. It chose a different course, slavishly pursuing a change in the law that fit its flawed business model.”