Road Funding and Other Ag Bills Move in State Legislature 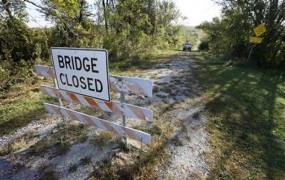 Finding money to repair local Indiana roads and bridges is a top priority for Indiana Farm Bureau, and several bills are moving in the General Assembly. Senator Brandt Hershman’s bill (Senate Bill 67) which would immediately provide $430 million to local governments from local income tax revenues for local road and bridge repair has passed the Senate 49-1.  Hershman said, “This plan provides funding now, without tapping into Indiana’s budget reserves, raising taxes, or creating debt. The Bill 67 is designed to work in concert with a more long-term funding solution, which lawmakers are still discussing.” The bill requires that local governments direct a minimum of 75 percent of the funds toward local road and bridge projects or be placed in a rainy day fund. The remaining 25 percent can be used at the discretion of the local governments. 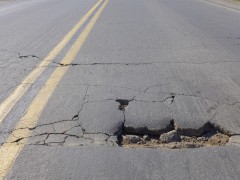 Governor Mike Pence has given his support to the bill, placing it on his 2016 legislative agenda. Pence has said the bill complements his 21st Century Crossroads plan, which would provide $1 billion for state road funding for four years. Lt. Governor Sue Ellspermann said the Pence administration is committed to more funding for rural Indiana infrastructure, “This is the kind of investment that Indiana should make.”  Indiana Farm Bureau President Randy Kron remains optimistic that there will be funding for local roads and bridge repair, “We are seeing a lot of activity on this issue. I just hope, in the end, we can get a bill that we can support.”

On the House side, a bill to fund local roads is running into problems. INFB Vice President Kendell Culp and Henry County Commissioner Ed Yanos testified in support of HB 1001 in the House Roads and Transportation Committee on Wednesday. The bill does five things:

HB 1001 was held in committee, pending a strip-and-insert amendment from House Democrats. The committee is expected to vote on the bill this week.  According to INFB the funding plan increases revenues in two ways: by indexing the state’s fuel tax to inflation and by gradually shifting all of the seven percent sales tax on gasoline to the motor vehicle highway fund used for state and local road projects.  The average Indiana motorist will pay an additional $25 each year in gasoline taxes. House Speaker Brain Bosma states that these changes will result in about $500 million in additional funding for the state. Current projections show Indiana needs to spend between $1.3 and $1.5 billion per year on roads.

Another bill that is in committee would keep local auditors from targeting farmers for personal property audits.  Farm Bureau’s Katrina Hall said many farmers have been getting letters saying the law requires an annual audit, “That is not what the law says. The law says all personal property returns should be audited, not just farmers.” HB 1215 requires a more random process and that audit contracts be signed by the county commissioners. Currently, county assessors can sign audit contracts on their own. The bill was held for amendment and further consideration. The bill authored by Representative Bob Cherry was heard by the House Ways and Means Committee.

In other legislative action, the House Judiciary Committee passed HB 1036 by a vote of 11-0. The legislation states that 15 percent of the money deposited in the Gaming Integrity Fund shall be transferred to BOAH to be used by the state board to pay for the costs associated with equine health and equine care programs. The House Agriculture and Rural Development Committee amended and passed HB 1224 last week by a vote of 12-0. The bill establishes a state beef check off fund. It has been reassigned to the House Ways and Means Committee.