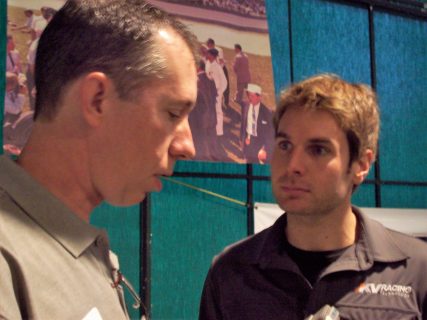 Sunday veteran driver Will Power won the 102nd Indianapolis 500-mile race. Power’s post-race emotions showed what Indy has come to mean to the racer who first started to understand the “Month of May” ten years ago. He spoke with Hoosier Ag Today in 2008 at American Dairy Association Indiana’s rookie luncheon.

“It feels really good,” he said then. “It’s been a huge month and I didn’t realize until the first day how big this event really is. I’m a bit anxious and I can’t wait until Sunday. It’s going to be a big event for me.”

In the intervening years, Power has truly become one of the powers in IndyCar, winning 51 poles, 37 races, and the IndyCar series championship in 2014. He even won the road course, the INDYCAR Grand Prix, at Indianapolis Motor Speedway earlier this May. But, the ultimate success of winning the Indy 500 has remained elusive, to the point that it seemed to define Will Power’s career. An elite driver and champion, but no Indy 500. Lacking that win has dogged many an Indy driver. Look no further than the Andretti’s, Michael and Marco.

The win Sunday was team owner Roger Penske’s 17th Indianapolis 500 title. Power’s first 500 title secures for Penske what he seeks from all of his IndyCar drivers.

At that rookie event a decade ago, Power tried to grasp what the drink of milk would mean to him if he won that race.

“I tell you, that would be a very lucky day for us. Obviously, there’s some very fast drivers and teams at the front, but as you know anything can happen at this event and I’ll be doing my best. If I ended up at the front that would be the biggest thing that ever happened in my career.” 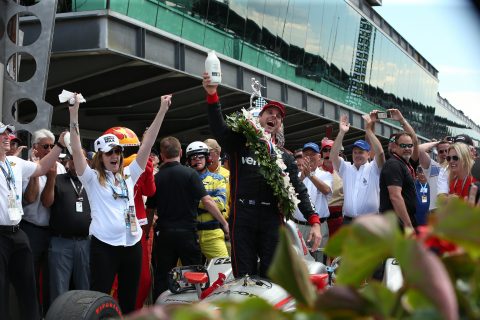 As meaningful as it seemed to be to that rookie, the enormity appeared to have multiplied ten-fold this Memorial Day weekend for the decorated veteran who finally drank and poured Indiana milk in victory circle and then took an emotional trip around IMS as an Indy 500 champion.