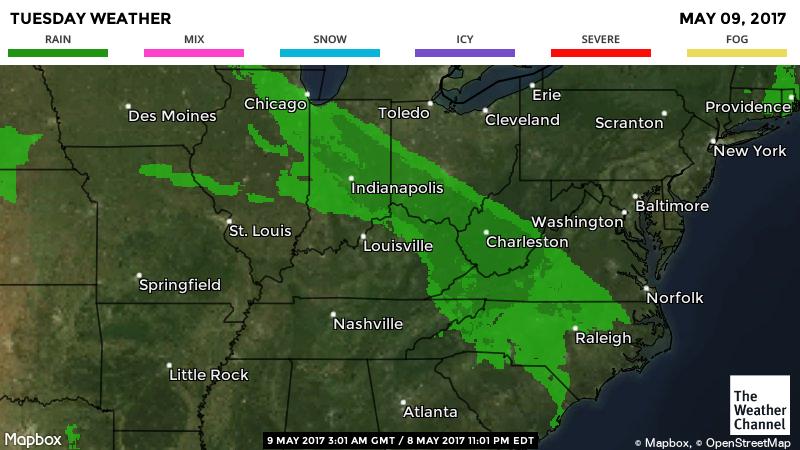 No significant changes this morning. A frontal boundary is moving into the state today and will trigger a few scattered showers. WE still like this rain developing along a line from Gary to Richmond with a 75-100 mile stretch on either side of that line being the zone with the best precipitation chances. Overall, we look for today’s rain coverage to be around 60%. Rain totals will mostly be from .1”-.5”, but we have to watch central Indiana this afternoon and evening, because thunderstorms there can boost rain totals some.

Scattered action remains over the state tomorrow and Thursday as well. Models seem to have a bias toward the central and southern parts of the state those days, but the European model is starting to bring moisture northward. For now, we will look for rains around an additional .25”-.75” over 60% of the state. We also will stick with a southern bias for now, but may have to tweak that moisture northward later today, if models move into some kind of consensus.

Drying out Friday and then remaining dry for the weekend, Monday and Tuesday of next week. We have a system for next Wednesday building in the central corn belt. It has gathered a bit of strength over previous model runs. IF it holds together, that would end our consecutive dry stretch at 5 days, but if we were to miss the action, that would allow a bigger drying window. We see dry weather back late next week through the following weekend. The next system in the extended peirod would arrive around early the 22nd. That system, lingering through the 24th, would bring rains of hafl to 1.5” and coverage at 100%.