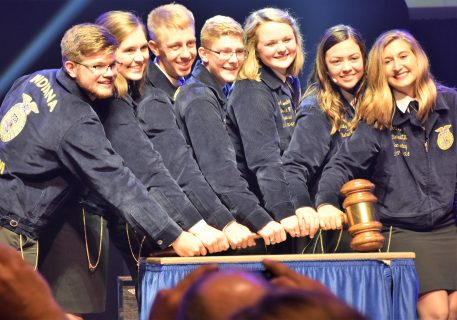 There are new faces and voices who will lead Indiana’s 12,500 FFA students for the next year. The seven new state officers were installed Thursday at Elliott Hall of Music on the Purdue campus as the 89th state convention closed. Sami DeLey from Shenandoah FFA is the new state president.

“I cannot explain how I feel right now,” she told HAT on stage at the end of the convention’s final session. “To say the least, I am overjoyed, excited for this opportunity to share my love for agriculture and FFA with the members of this great organization, and I am just ecstatic.”

The new state president didn’t grow up on a farm but through school she has found a home in agriculture. 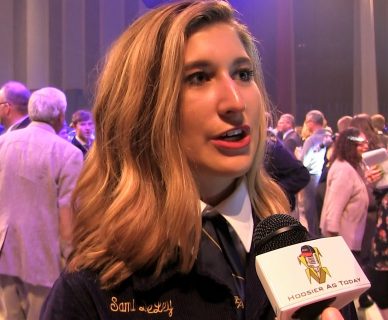 “It was the club to join so I decided to really dive into that. I’ve loved the organization and have really grown through it and gained my passion for agriculture.”

DeLey said she has grown up through FFA with several of the new officers and others she met through the officer nominating process. And their most important role as state officers in the coming year?

“I think impacting members is the biggest responsibility we as a team have. To reach as many members as possible and make that impact that we all can make.”