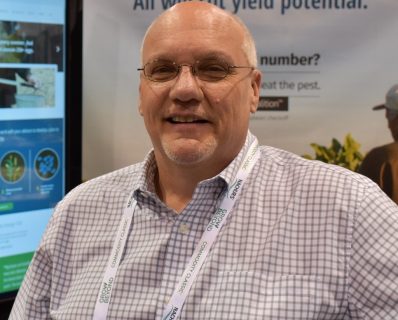 Call it a soybean cyst nematode reboot. The newly formed SCN Coalition is a reformation of the effort of twenty years ago to combat the number one yield reducing pathogen in soybeans. Greg Tylka, Iowa State University nematologist explains that first formation.

“In the decade of the 90’s we came together with checkoff funding and formed this entity called the SCN Coalition,” he said. “It involved all the Midwestern soybean associations, all the Midwestern universities, including Purdue, and we had a unified message that was very simple. If you take the test you can beat the pest. That was the original SCN Coalition.”

Beating the pest meant growing soybean varieties resistant to SCN, and the industry gained widespread success. But, Tylka says there is a new problem developing since ninety-seven percent of those resistant soybeans had the same resistance genes.

“Just like if you use the same chemical herbicide for twenty years and a weed becomes resistant to it, that’s what our nematodes are doing. Yet, it’s not recognized as a problem because it’s a below ground problem, so the new SCN Coalition is Take the Test, Beat the Pest with an added catch phrase What’s Your Number. That means farmers need to test their fields, find out what their SCN numbers are, and then monitor that to make sure they’re keeping it under check.” 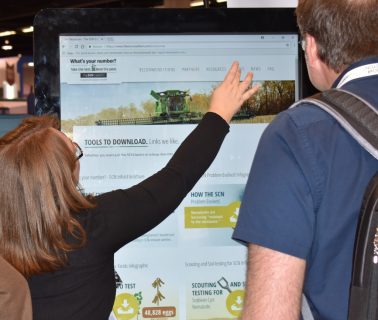 The new coalition is back to encourage farmers to not only monitor but be ready to adapt management practices where necessary.

Tylka says the SCN Coalition does not endorse any specific soybean variety or seed treatment, but they encourage farmers to check on options with their retailers. And know your numbers by testing your fields for SCN so you know what your populations are doing.

“You’ll need those numbers to understand the severity of the problem,” Tylka explained. “The higher your numbers, the greater your chances of yield loss, and the higher that yield loss will likely be. It’s important for farmers to understand that they’re never going to get rid of soybean cyst nematode once they find it’s in their fields. But it’s not a death sentence. It’s similar to finding out you have high blood pressure – you learn to manage it as a chronic health problem,” he says.