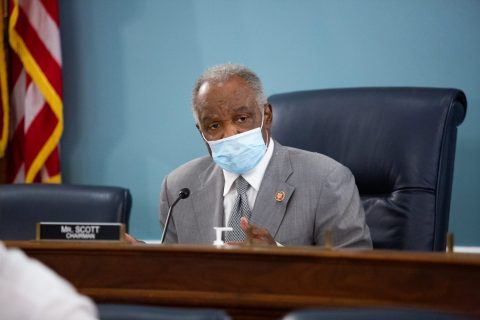 Congressman David Scott of Georgia made history last Thursday by officially being named the first African American Chairman of the House Agriculture Committee. The Democratic Caucus approved him to lead the Committee that oversees American agriculture, forestry, nutrition, and rural development.

“I’m honored to be chosen by my colleagues in the Democratic Caucus to serve as Chairman of the House Agriculture Committee,” says Scott. “I will use this historic opportunity to represent the values of our entire caucus and advance our priorities on trade, disaster aid, climate change, sustainable agriculture, SNAP, crop insurance, small family farms, specialty crops, and rural broadband.”

Scott also says the fault lines between rural and urban communities are running deep and will “lead the fight” to rise and meet the challenges.

Scott has been in Congress and a member of the House Agriculture Committee since 2003. In his various leadership roles on the House Ag Committee, Scott has chaired the Subcommittees on Commodity Exchanges, Energy, and Credit, as well as Livestock and Foreign Agriculture.

The new House Ag Chair grew up working on his grandparents’ farm and understands the critical role ag plays in the nation’s economy.

Pennsylvania Representative Glenn “G.T.” Thompson is now the ranking member on the House Agriculture Committee. House Minority Leader Kevin McCarthy says, “Congressman Thompson is ready to lead his colleagues on an issue he knows best. He comes from a family of dairy farmers, and has lived in rural Pennsylvania his whole life, so he understands what needs to get done to take American agriculture to the next level.”

Thompson, who replaces the retiring Michael Conaway, says, “The challenges ahead of us are considerable, but we will continue to put farm families first.”