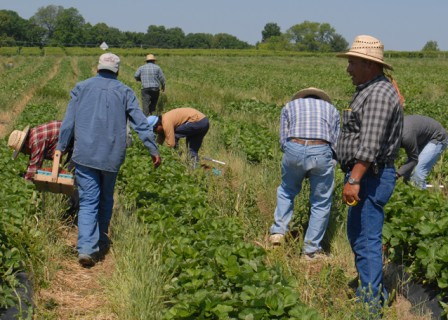 First, DOL published a common-sense rule that eliminates the requirement to advertise a job opening in print newspapers instead shifting to advertising on the DOL and State Workforce Agency websites, which are further reaching and more cost effective.

These two actions will ease regulatory burdens on our farmers and ranchers, making it easier for them to follow the law and hire farm workers through the H-2A program.

“Both of these actions by DOL are critical changes the Administration is making to improve the H-2A application process,” Secretary Perdue said. “President Trump is committed to ensuring our farmers and producers have access to a stable, legal agricultural workforce. By streamlining these processes, DOL is bringing the H-2A process into the 21st Century allowing farmers to be able to better and cost-effectively advertise for workers they need and fill out the required forms faster and more efficiently, because no one should have to hire a lawyer to hire a farm worker. I commend President Trump for his continued support of America’s farmers, ranchers and producers.”