This year marks ten years in the marketplace for a seed treatment that has become a staple for getting crops off to a great start each spring. Poncho Votivo has become the number one seed treatment in the U.S.

“Every year growers on 40 million acres trust it to help protect their crops and get it off to a healthy start, so a good anniversary here for us,” says Nick Tinsley, technical field representative for BASF.

Tinsley says one reason it has become such a trusted product is that growers understand the most important time for their crops is at planting and emergence, that early seedling stage. 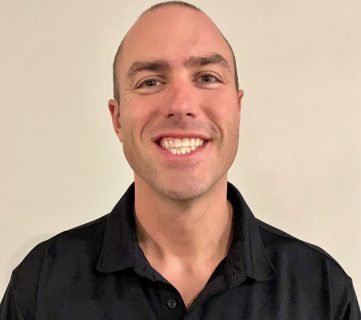 “That’s really the point in time where the crop is the most vulnerable to things like insects and nematodes, and having a tool like Poncho Votivo that provides trusted protection against insects and also a biological on there that will help grow with the plant, promoting healthy root systems and protecting against nematodes in the soil, has made it that they recognize that product by name, and that’s some that we don’t take for granted.”

He added that 2021 in Indiana was yet another year where Poncho Votivo went to work.

“I had trials in Fowler, Indiana, we do a lot of research on that site, and we were trying to plant that crop early and it was rainy, it was wet, and anytime we get those cold temperature type conditions, we know that promotes some of that early season insect pests that really like it cool,” Tinsley told HAT. “Examples like seed corn maggot and wireworms, these tend to become more important in those types of years that we had in 2021. So, important to have that protection no matter how the environment turns.”

Now there is new Poncho Votivo 2.0 containing the same level of protection against insects and nematodes with the addition of another biological.

“We’re talking about a product now that has three kinds of modes of action,” he said. “That third biologic is a bacteria, and when that bacteria is applied, essentially what it does is help to unlock nutrients that are right in that soil.”

Learn more in the full HAT interview and at ponchovotivo.com.