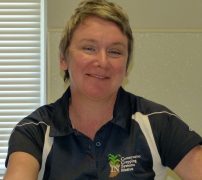 With all of the extreme weather conditions affecting crops seemingly each and every year now, wouldn’t it be nice to create resiliency to those hot, dry, cold and wet extremes? Director of Indiana’s Conservation Cropping Systems Initiative, Lisa Holscher says the extremes are real.

“We do seem to have more extreme weather events,” she said. “It’s not our imaginations. It seems like we get heavy, heavy rainfalls and then suddenly the taps are turned off and we’re into a hot, dry summer, and we see these kind of cycles over and over. We just have to deal with this extreme weather.”

So CCSI has put together an August seminar featuring experts with ideas on how to manage the extremes on your farming operation.

“Dr. Jerry Hatfield out of the Agricultural Research Service, Dan DeSutter, a farmer near Attica and also an Eisenhower Fellow, and Blake Vince, an Ontario Farmer and also a Nuffield Scholar, are going to do this combination effort to talk about the extreme weather, what we’re seeing, what the statistics are saying, but then also what farmers can be doing to build resiliency to that extreme weather. They’ll discuss how they can work their cropping systems to cushion the effects of the wet, wet, and the dry, hot.”

The seminar or workshop is entitled “Building Resiliency to Extreme Weather Conditions Across Indiana Farmlands” and will be presented August 8 at the Indiana Farm Bureau Banquet Hall on the grounds of the Indiana State Fair. To secure a reserved seat you’re asked to register here by August 1st. The seminar will be repeated on August 9th and 10th in the Indianapolis area.

Dr. Hatfield received his Ph.D. from Iowa State University in 1975 in the area of Agricultural Climatology and Statistics a M.S. in Agronomy from the University of Kentucky in 1972, and B.S. from Kansas State University in Agronomy in 1971.  He served on the faculty of the University of California-Davis as a biometeorologist from 1975 through 1983 and then joined USDA-Agricultural Research Service in Lubbock, Texas, as the Research Leader of the Plant Stress and Water Conservation Research Unit from 1983 through 1989. He was appointed Laboratory Director of the National Soil Tilth Laboratory in 1989 (renamed the Laboratory for Agriculture and the Environment in October 2009).

He served as the USDA-ARS representative to the Heinz Center project on the State of the Nation’s Ecosystems, the Key Indicators Initiative, National Audubon Society project on Waterbirds on Working Lands, and Agricultural Air Quality Task Force for USDA, and is the lead author on the Agriculture section of the Synthesis and Assessment Product 4.3 on “The Effects of Climate Change on Agriculture, Land Resources, Water Resources, and Biodiversity”. He was part of the IPCC process that received the 2007 Nobel Peace Prize and currently serves on the IPCC special committee to evaluate the impact of extreme events on ecosystems. He served as a Fellow of the American Society of Agronomy, Crop Science Society of America, and Soil Science Society of America, and Past-President of the American Society of Agronomy (2007). He is a member of the Board of Directors of the Soil and Water Conservation Society and a member of American Geophysical Union and American Meteorological Society. He has numerous awards from different organizations.

Dan DeSutter operates DeSutter Farms Inc., a 4500 acre farm near Attica, Indiana, producing corn, soybeans, wheat, alfalfa and cover crops. His farm has become a national leader in soil conservation and hosts tour groups from around the globe to learn from their cropping practices that helped boost soil organic matter from 2% to over 4%. With a background as a financial analyst and commodity broker, easily connects the math between cover crops, soil organic matter and water-holding capacity, the amount of soil N and yield. DeSutter’s Eisenhower Fellowship travels to Australia and New Zealand provided him with additional insight into adaptation to reduction or total absence of government support.

Blake Vince is a fifth generation farmer from Southwestern Ontario where he works with.  Working with his wife, father, and uncle, Vince produces corn, soybeans, and winter wheat on their 1300 farm.  He received a Premier’s Award for Agri-Food Innovation Excellence in 2015 for the systems implemented on his farm, including cover crops to increase soil biodiversity.  As part of his Nuffield Experience, Vince traveled extensively through South America and also visited Mexico, Australia, New Zealand, and California learning about the challenges and practices common to many of successful farms.