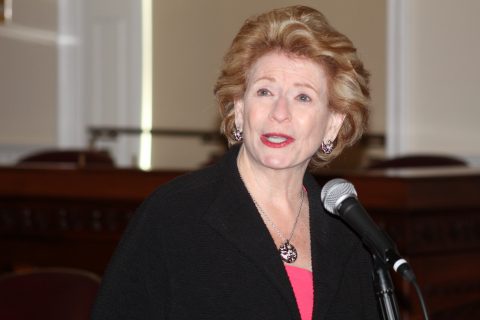 Sen. Stabenow: Slow Down in Ratifying USMCA, Same as NAFTA for Ag

2019 is quickly coming to an end with no guarantee if USMCA will be passed. Some lawmakers are suggesting keeping the House in session an extra week to finish business before Christmas. Earlier this year, Sec. Perdue said the idea of not passing USMCA is “an evil thought.”

However, Sen. Debbie Stabenow (D-Mich.), ranking member of the Senate Ag Committee, recognizes the support and energy behind passing USMCA, but she suggested pumping the breaks on passing the trilateral agreement.

“I’m not sure what will happen, when it will pass, but we need to step back and realize it’s just about the same as NAFTA for agriculture,” said Stabenow. “It’s estimated by the U.S. International Trade Commission that the agreement will only increase ag exports by 1.1 percent when it’s fully implemented 15 years down the road.”

Leaders from various agricultural organizations, former secretaries of agriculture, lawmakers, Vice President Mike Pence, and organizations outside of agriculture have all pushed for the passage of USMCA, including former Reagan administration USDA Secretary John Block.

“NAFTA was good, but this is much better,” he said at a press conference earlier this year. “USMCA is better—we all know it’s better. It’s better for the farmers, it’s also better for labor, better for business. It’s a great agreement. Get it done and move onto the next.”

Stabenow said nothing President Trump is doing with tariffs is stopped by USMCA. She says uncertainty in the markets has stemmed from tariffs, trade wars, and efforts within the Trump administration.

“Passing USMCA is not going to change the erratic actions of the administration in terms of tariffs and what’s been going on,” she said. “I wish passing USMCA would bring certainty in agriculture.”