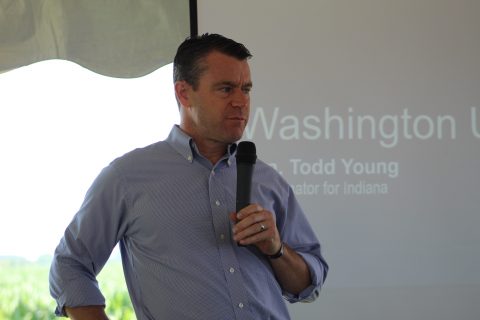 Republican Senator Todd Young was in Romney, Indiana just south of Lafayette on Friday to discuss ag issues with farmers and agribusinesses, telling them he was hearing good things about potential passage of the US-Mexico-Canada Trade Agreement. Young said that House Democrats and some Senate Democrats are still seeking higher labor and environmental standards as well as more language around enforcement before committing to the bill.

However, some of his Democratic colleagues that he speaks with, Young says, “They are at this point noncommittal, which actually could be construed as a positive sign because in the past so many of my democratic colleagues, good people, but they just have not been warm to any trade deals. The fact that they are considering this trade deal suggests to me that they do understand how important NAFTA has been to their own state’s economy, to our country’s economy, and I believe that that gives us more than a fighting chance to implement USMCA in coming weeks. Let’s hope we do it before the August recess.”

Brent Bible, who hosted the event at his Romney farm, said USMCA passage would be a breath of fresh air. 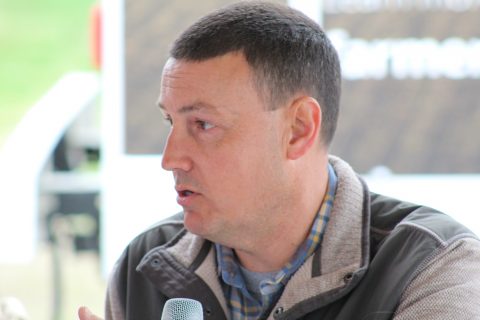 Bible says farmers are in real need of some clarity, especially since there is a lot of confusion in agriculture right now as it relates to USDA programs built to assist farmers. That confusion was also shared with Young to take back to DC.

“There is for some frustration at the producer level about just not understanding, or not having the information, where is USDA headed with some of the programs to assist farmers. Anything we can do to encourage them to be more proactive about communicating what is the plan, what’s the timeline, what are some of the specifics that are going to occur with the different plans that are out there. We’ ready to hear that and understand what’s happening.”