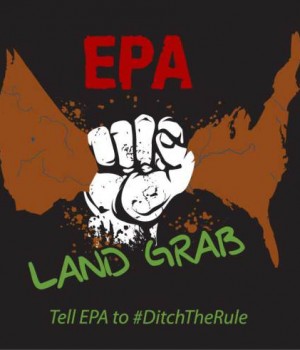 Iowa Senator Joni Ernst announced Thursday she believes there is now enough support in the U.S. Senate to consider her bill that would scrap the “Waters of the U.S.” rule. Senator Ernst has secured enough support to ensure the Senate can consider the bill without a filibuster, according to a press release. It’s expected the efforts to stop the expanded definition of WOTUS will be taken up in the next week or two. Last month, Senator Ernst led a group of 49 fellow Senators in introducing an effort to eliminate the WOTUS rule submitted by the Environmental Protection Agency and the Army Corps of Engineers which expands the scope of federal authority over land and waterways.

However, if the bill were to pass, it faces a near certain veto by the President, and the ability to override the veto would be questionable, at best.